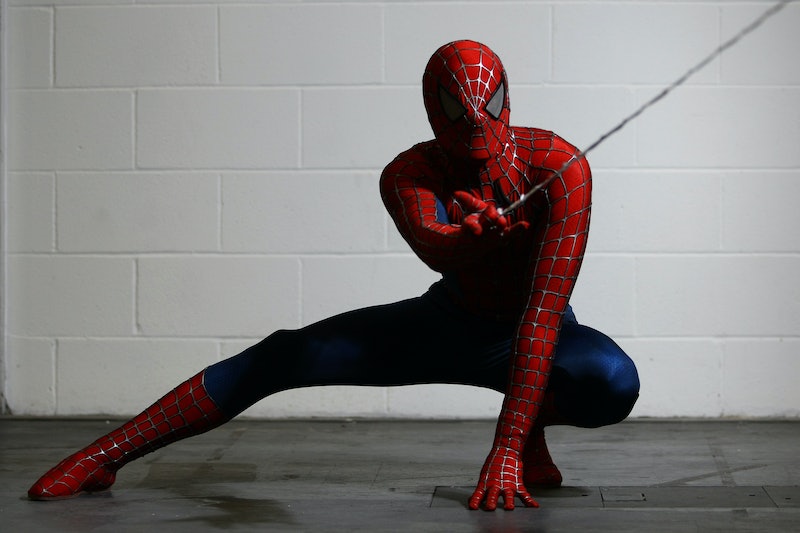 Hollywood is officially obsessed with comic book movies — to the point that it hardly seems like any other kind of movie gets made anymore. And thanks to the success of films like Iron Man and Spider-Man, we've got a heck of a lot more of 'em coming at us. In fact, I'd go as far to say that comic book movies are turning into the nerd equivalent of the Fast & Furious franchise. When, dear lord, will it end?

Today, Sony announced that there are not one, but two more sequels set for this current The Amazing Spider-Man iteration, which already has its first sequel set to arrive in theaters May 2014. These sequels already have release dates slated for 2016 and 2018. And we know all this before the first sequel even comes out! And after the first of this latest reboot got such middling reviews? It's almost as if they care about quantity over quality!

This news comes on the heels of another comic book film, Man of Steel, getting the greenlight on its recent reboot's first sequel (one, we can only imagine, of many). And it is with that, we declare: enough. We hopped on the trilogy bandwagon for Christopher Nolan's version of Batman because he'd told us his vision up front; we loved Robert Downey Jr. too much to see him disappear from the robotic arms of Tony Stark's pet project after a single romp, and we loved The Avengers for bringing it all together. (Sometimes even the biggest of cynics enjoy a crossover!) But has our acceptance of pre-packaged culture that already exists (giving Hollywood an easy out of having to actually, you know, be creative and original with ideas) turned the movie business into the franchise business?

A lot of recent evidence points to yes. In addition to several iterations of Spider-Man, Batman, Hulk, and Superman already under our belts with nary a sign of slowing revenue, approximately (give or take a million) a million other superhero flicks have been tapped to inundate our eyeballs in the coming years: X-Men: Days of Futures Past, Wolverine, Red 2, Thor: The Dark World, The Avengers 2, Captain America: The Winter Soldier, Guardians of the Galaxy, and maybe even another Iron Man film. The Wrap even reported talk about Wonder Woman and Aquaman getting films of their very own, because lord knows we wouldn't want them to feel left out.

Money: so very important, the necessary evil of the business of creating. And maybe — maybe! — if the beaucoup bucks the studios made from these films went towards helping smaller, more artistic, and dare-I-say-it risky films get made, it could be a logical trade-off. But now, 90-minute, non-magical fare is getting less and less produced in favor of big screen adaptations that studios make with the express interest of creating these mega-franchises. (Which is why, I think, television has become so popular as a medium for creatives: It's the only place smaller, less razzle-dazzle stories are done, and done well, but that's another story entirely.)

Now, granted, The Amazing Spider-Man 2, 3, and 4 could turn out to be quality films. (They do star quality actors Andrew Garfield and Emma Stone, after all.) But it's still easy, as a pop culture fan, to get frustrated with the fact that Hollywood can't be satisfied with the occasional sequel or trilogy anymore. Hollywood has become a full-blown, Fast & Furious-level factory that caters almost explicitly (at least these days) to nerd culture. And while I'm all for nerd culture getting it's due... does every single film have to stem from it? Can't we just enjoy things for what they are, rather than extracting every last ounce of life a story has in it for the almighty dollar? This is why we can't have nice things! Also, I'm totally turning into my grandfather.

More like this
The 'Hocus Pocus' Sequel Finally Has A Release Date & It Makes Total Sense
By Shannon Barbour and Radhika Menon
“The Door Is Always Open” For Another 'Breaking Bad' Spin-Off, Says AMC Boss
By El Hunt
Neil Patrick Harris Will Play 'Doctor Who's “Greatest Enemy” Yet
By El Hunt
Everything To Know About 'The Hunger Games' Prequel Movie
By Grace Wehniainen and Radhika Menon
Get Even More From Bustle — Sign Up For The Newsletter