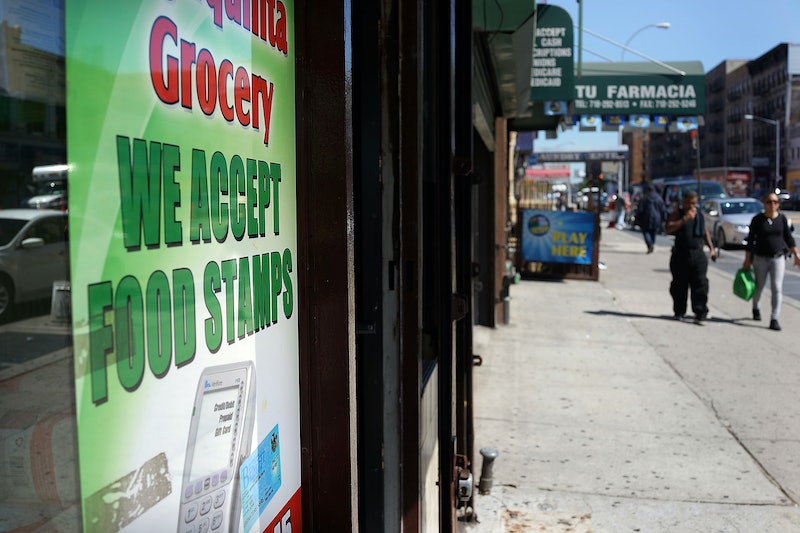 On Thursday, the House voted to slash around $4 billion a year from food stamps, a program used by around one in seven Americans in order to eat.

The five percent reduction to the food stamps program passed in the House by a vote of 217 to 210, as conservatives rejected more moderate changes to the Supplemental Nutrition Assistance Program, or SNAP.

Based on the House's plan, states could also choose to drop food stamp participants in a variety of ways. The bill would allow states to drug test program participants, create new work requirements in order to receive assistance, and would also end government waivers that allow those who are able-bodied and without dependents to receive food stamps indefinitely.

But just because the House agreed to the sweeping cuts, it doesn't mean that the plan will actually go into action. The bill will likely die in the Democrat-led Senate. And if by some odd chance it doesn't, President Obama has already pledged to use his veto power to strike it down. A statement from the White House said was clear in it's disapproval: "These cuts would affect a broad array of Americans who are struggling to make ends meet, including working families with children, senior citizens, veterans, and adults who are still looking for work."

Liberals and moderate Republicans voiced dissent to the bill, which would force nearly 4 million Americans off of the assistance program, even as the economy remains sluggish from a devastating recession.

Republicans pushed for the cuts as a means to help control the U.S. budget. The cost of SNAP was more than $78 billion last year — that's more than twice as much as it cost in 2008. Since the recession, the number of families lacking access to to food has risen from around 11 percent to nearly 15 percent, and held there.