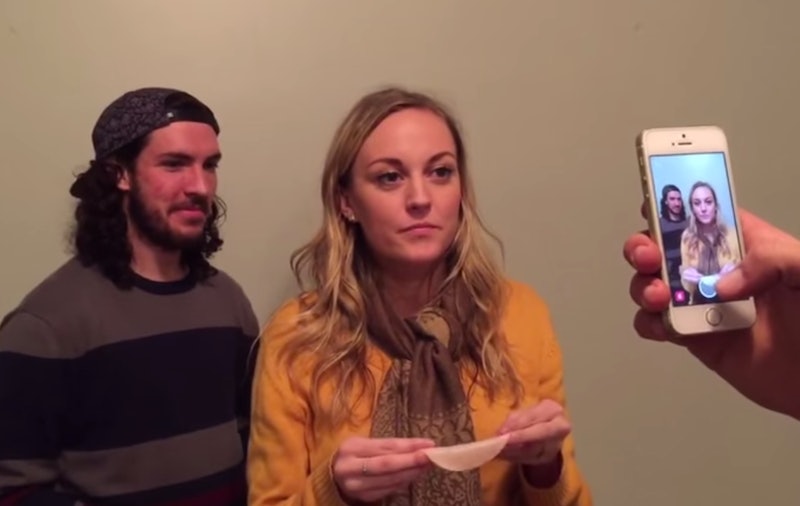 The world I live in is a world filled with tasty delights like chicken wings, crispy bacon, filet mignon, meatball subs, pepperoni pizza, pulled pork sandwiches...wait, what were we talking about? Oh, what I'm saying is that I am a happy carnivore. I've only twice in my life considered making the switch to Team Veggie: Once in high school when I was reading Upton Sinclair's The Jungle , and again today, after watching this girl eat a slice of turkey in the blink of an eye. There's just something unsettling about seeing a food (that I myself consumed less than 24 hours ago, albeit a tad more slowly) disappear faster than you can say, "Wait, huh?" I get that she's probably just "doing it for the Vine," but turkey is insanely delicious and is not to be gobbled down (#TurkeyHumor).

The feat itself is impressive, but my favorite part of the video is the baffled guy behind her who tries to prove that anything she can do, he can do better, and fails miserably. I was thisclose to making an attempt myself and filming it for your viewing pleasure, but I am home alone and don't particularly feel like bringing upon my untimely death via turkey asphyxiation. Lucky for you, the internet is chock full of people willing to embarrass themselves on camera!