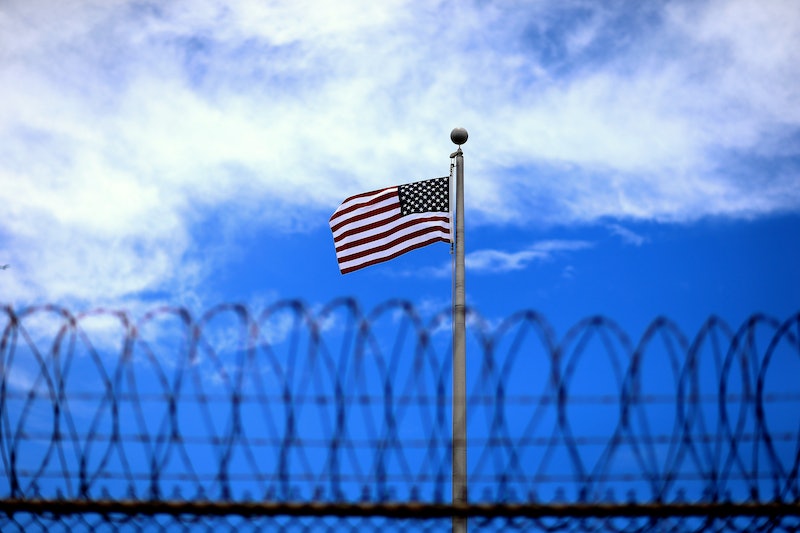 With the prospect of normalizing U.S. relations with Cuba, New Jersey state police are renewing their efforts to extradite and return to prison former Black Panther member and black activist Assata Shakur, a.k.a. Joanne Chesimard, after 40 years of exile. Chesimard, who was convicted in 1977 of killing a New Jersey state trooper, escaped prison two years later and fled to Cuba in 1984, where the Castro family granted her asylum on the basis that she would face racial or political persecution if she returned to America. Many activists and lawyers have criticized Chesimard's conviction as being politically motivated, rather than grounded on firm evidence.

According to the official narrative promulgated by the FBI and the New Jersey state police, Chesimard's case is a simple miscarriage of justice. When a routine traffic stop turned into a gunfight in 1973, the police claim that Chesimard shot and killed a state trooper. An FBI special agent described the shooting as “execution-style” in a 2013 press release. Chesimard was eventually convicted of first-degree murder and sentenced to prison. In 1979, she escaped, living underground for four years before finally making her way to Cuba.

Decades later, the New Jersey state police have not forgotten about the one who got away. The force has tried to extradite Chesimard several times, unsuccessfully. The New Jersey attorney general has offered a $2 million reward to anyone who Chesimard give information leading to her capture.

After President Barack Obama announced Wednesday the historic deal to normalize relations between the US and its southern neighbor, the New Jersey state police released a statement confirming that they will be seeking Chesimard's extradition again:

We view any changes in relations with Cuba as an opportunity to bring her back to the United States to finish her sentence for the murder of a New Jersey State Trooper in 1973, the New Jersey state police said in a statement.

The police and the FBI alike frame Chesimard's extradition and return to prison in criminal terms.

But what if Chesimard was never guilty of the crime for which she was sentenced in the first place?

Born JoAnne Chesimard, Chesimard joined up with the Black Panther Party and Black Liberation Army as both groups picked up momentum following the assassination of Dr. Martin Luther King Jr. Before the murder conviction, Chesimard had been accused of a slew of serious crimes, including bank robbery, kidnapping and the attempted murder of two cops in Queens, NY. But none of the charges stuck. She was either acquitted in court or the prosecutors dropped the charges. It took more than one trial for New Jersey district attorneys to convince a jury that to convict her of killing the police officer during the roadside gunfight.

After all, the evidence against Chesimard in that trial wasn’t particularly airtight. Chesimard was traveling with two other activists, Zayd Shakur and Sundiata Acoli, when the three were stopped by two police officers. The routine stop broke out into a gunfight, in which Zayd Shakur and Officer Werner Foerster were both killed. Chesimard was shot multiple times, suffering a bullet to the arm that made it nearly physically impossible for her to wield a gun. According to her lawyers, Chesimard's finger prints were never found on any of the guns present nor was there any gunpowder residue on her hands.

Scholar and activist Angela Davis took to the pages of The Guardian in November to defend Chesimard:

Assata was falsely charged on numerous occasions in the United States during the early 1970s and vilified by the media, Davis said. Although she faced 10 separate legal proceedings, and had already been pronounced guilty by the media, all except one of these trials — the case resulting from her capture — concluded in acquittal, hung jury, or dismissal. Under highly questionable circumstances, she was finally convicted of being an accomplice to the murder of a New Jersey state trooper.

The National Lawyers’ Guild, which represented Chesimard, has been highly critical of how the prosecutors handled her conviction. The 15-person jury that ultimately convicted the young black woman was all white; a third of the panel had personal connections to state police officers. The court allowed a state lawmaker to speak to the jury during its sequester, and he pressed them to convict.

The trumped-up charges that didn’t stick, the prosecutors’ exploitation of the jury proceedings, the problematic evidence — all of this suggests that Chesimard's conviction might not be based on the facts that the FBI presupposes.

Chesimard is now in her mid-60s. Why does the FBI continue to view the aging activist, who hasn’t set foot on American soil in more than four decades, as a serious threat to the U.S. government?

The answer to that requires placing Chesimard's story in the context of other radical black activists that the FBI targeted during the 1960s and 70s.

From 1956 to 1971, the FBI ran a controversial program known as COINTELPRO, designed to protect American democracy from radical terrorist groups — even if it required using illegal surveillance and policing tactics. Lumped in with the expected targets like the Ku Klux Klan or the politically subversive Communist Party were many civil rights groups and black power movements.

According to The Grio’s David Love, a declassified FBI memo highlighted COINTELPRO’s goal of suppressing the political potential of black activist groups. One of the stated objectives was to “Prevent militant black nationalist groups and leaders from gaining RESPECTABILITY, by discrediting them to…both the responsible community and to liberals who have vestiges of sympathy….”

As Tasbeeh Herwees notes in Good Magazine, it is likely that Chesimard was also the victim of the COINTELPRO program and its aggressive and illegal suppression of legitimate dissent movements. She is one of the few black activists from that era still standing, as London-based rapper and poet Akala mentioned to Vice.

She’s not a threat in the way the FBI and the American government want us to believe she’s a threat, Akala said. She’s a threat in that she represents the one that got away. Pretty much every other black revolutionary of her era was killed, imprisoned, silenced, put in exile.

When announcing the shift in the country’s Cuba policy Wednesday, Obama decried what he saw as an outmoded and stultified foreign policy that has long since ceased to be beneficial, if it ever was.

We can’t keep doing the same thing for five decades and expect a different result, the president noted.

We could say the same about the FBI’s continued pursuit of Assata.