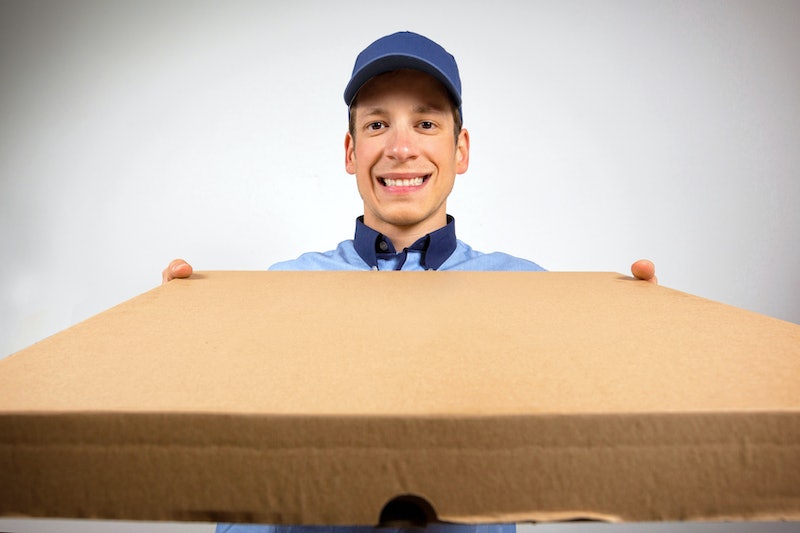 Any New Yorker can tell you tales of New York City's Seamless epidemic. And the face of the city's easy delivery obsession, reported by the NY Post, is definitely Wall Street-dwelling Kris Ruby who spends an estimated $11,000 a year on Seamless (namely sushi and “superfood salads,” if you must know). That figure is, as the Post points out, “enough for 98 unlimited MetroCards or 4,720 slices of pizza.” That’s also rent for a year in a reasonably priced Brooklyn apartment in a neighborhood of your choosing. For that amount of money you could travel to Ecuador or see Europe by boat. I needn’t keep reminding you of the tangible equivalency of $11,000 because your jaw has most certainly dropped of its own accord. That is a lot of money.

But Ruby isn’t the only one. The Post interviewed a handful of delivery app patrons deserving of equal admonishment. Each one admitted, or at least partially acknowledged, that he or she spent between $800-$1,800 a month for their catered meals. And while it’s no news that New Yorkers pay a premium for convenience — taxis, same day dry-cleaning, and on-the-go meals — none of the Post’s interview subjects seemed willing to change their behavior when confronted by the gravity of their own addiction to laziness.

According to one delivery enthusiast interviewed by the Post, he “has never used his kitchen in the three years he’s lived in his apartment,” and “says he’s too busy to cook — or to personally track down his next meal.” Additionally, one of the apps mentioned in the piece disclosed that a woman has a Starbucks delivered to her office daily. There is a Starbucks directly below her building.

This may all seem a bit sensational, but consider this: How many times have you opted to buy lunch on-the-run in order to shave five minutes off of your morning routine? How many to-go containers have you implemented as makeshift tupperware?

“Ms. Ruby needs to be more responsible about her spending,” chides you, a person who has never reaped the benefits of a service that delivers pizza to your doorstep. Nice try, pal. We’re equally the worst.