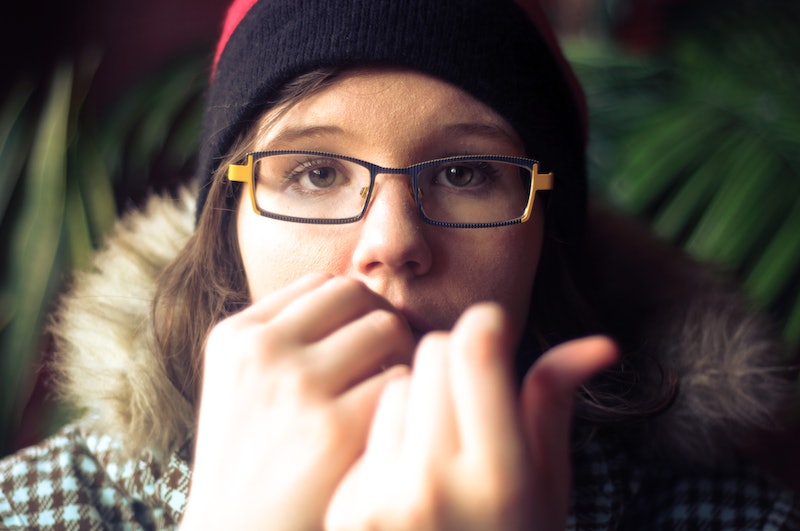 If you have a tendency to worry about things all the time, it turns out there's a silver lining. It turns out worrying behavior is linked to higher verbal intelligence. In other words, people who worry too much are also probably pretty smart. Who would have thought?

This new research flies in the face of previous studies. In the past, certain studies have suggested a negative relationship between things like depression or anxiety and intelligence, but a team at Ontario's Lakehead University theorized that that might have more to do with test-taking anxiety artificially lowering people's score than with any actual link between disorders and lower intelligence. And even though their sample size is small (just 126 undergraduates), their findings suggest that people who worry are more likely to be smart, not less.

It's worth noting here, of course, that these findings are definitely not saying that worrying makes people smarter and absolutely do not support the idea that people with anxiety disorders shouldn't seek treatment due to some sort of intelligence "fringe benefit" of anxiety. Worrying does not make you smart; in fact, the study suggests it might be the other way around, that higher intelligence makes people more prone to worry.

"It is possible that more verbally intelligent individuals are able to consider past and future events in greater detail, leading to more intense rumination and worry," explained Alexander Penney, the team's lead researcher. In other words, being smarter comes with certain potential downsides.

On the other hand, though, it turns out that if you're someone who obsesses over the past and stresses yourself out by going over painful memories again and again, you're out of luck. Turns out the researchers also found that the need to re-process events over and over was correlated with lower levels of intelligence. They theorize that people with higher levels of intelligence are better at processing things in the moment, and therefore don't need to spend as much time re-processing later. So if you're still trying to come up with the perfect comeback in that fight you had three years ago...maybe it's time to let that go?

Of course, all of these things simply suggest trends in intelligence; these findings certainly don't mean there can't be people who both obsess over the past and have IQs off the chart, or that it's impossible for someone to have anxiety and also be dumb as a post. It just means that intelligence tends to be linked to worrying behaviors. So if that's you, take it however you want. And remember: don't worry, it's all going to be fine.