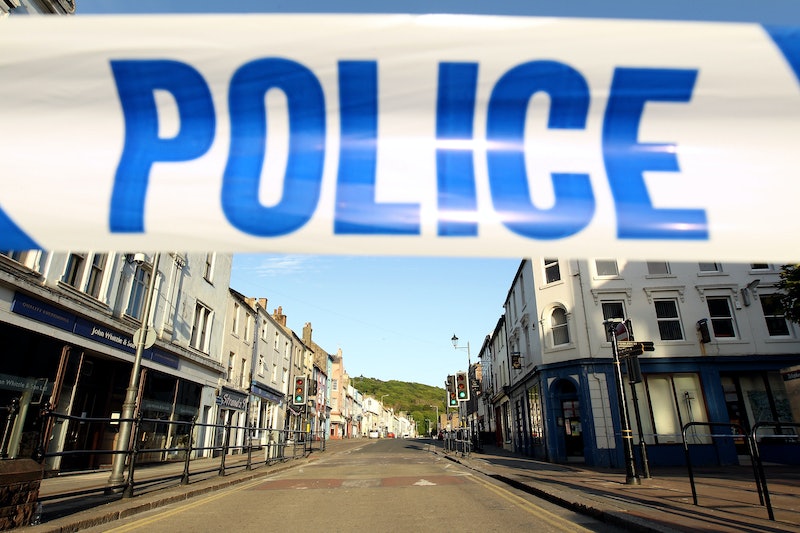 In Monday’s Heien v. North Carolina decision, Eight of the nine Supreme Court justices voted to give police even more latitude in determining when stopping someone on the street is justified. Although the Helen v. North Carolina case hasn’t received much attention — the technical details of criminal procedure aren’t that sexy to most of us — several commentators have noted that the decision allows the police to rely on what they reasonably believe to be the law when they decide whether to stop someone on the street, not the law itself. And that should worry us.

But more about the facts of the case:

In 2009, Nicholas Heien and his friend, Maynor Javier Vasquez, were driving through rural North Carolina near Dobson when they attracted the attention of Sgt. Matt Darisse. The sergeant thought the driver, Vasquez, was acting suspiciously because he was driving stiffly with both hands on the wheel in the 10 and 2 position, looking straight ahead. Both men are Hispanic. Darisse decided to follow the car.

When he saw that one of the brake lights was out on Heien’s car, Darisse pulled the car over. After Heien consented to the officer’s request to search his vehicle, Darisse discovered a bag of cocaine inside of a duffel bag. Heien was charged and convicted of cocaine trafficking.

All of this seems fairly straightforward. But in North Carolina, under a rather antiquated and strangely worded statute, it is not illegal to drive with only one working brake light. In other words, Darisse had no reasonable suspicion that Heien and Vasquez were breaking the law because he got the law wrong. Without reasonable suspicion, he would not have been constitutionally justified in pulling them over and searching the car under the Fourth Amendment. And the evidence uncovered from that “unreasonable” search — the baggie of cocaine — would then be inadmissible in court.

Heien and his legal team challenged the officer’s stop (and subsequent search) as unconstitutional because the officer mistakenly applied the law in deciding whether he had a justifiable suspicion of wrongdoing when he pulled them over. Several commentators thought he had a strong case.

But the Supreme Court decided otherwise. In an 8-1 vote with Justice Sonia Sotomayor dissenting, the justices ruled that an officer should not be judged on whether or not he applied the law as it stands, but whether he acted in accordance with what he reasonably believed the law to be.

It should be noted that the courts have already given police officers wide latitude in deciding when the facts of a given situation warrant suspicion of wrongdoing. As long as the officer had a reasonable basis to believe apparent facts, it doesn’t matter whether or not the facts themselves turn out to be accurate.

If an officer operates under a reasonableness standard for assessing the facts of a potential instance of wrongdoing, Chief Justice John Roberts argued in the majority opinion, then why should he not also be held to that same standard when it comes to assessing the law that he relies upon in stopping a civilian?

Reasonable men make mistakes of law, too, and such mistakes are no less compatible with the concept of reasonable suspicion, Roberts concluded.

Only Sotomayor dissented. In her opinion, the justice argued that “determining whether a search or seizure is reasonable requires evaluating an officer’s understanding of the facts against the actual state of the law.” Allowing officers extra discretion, she noted, threatened the relationships between communities and those who patrol them. (Hmm. I wonder which communities she is talking about…)

[The Heien decision] means further eroding the Fourth Amendment’s protection of civil liberties in a context where that protection has already been worn down, Sotomayor wrote. She continued, One wonders how a citizen seeking to be law-abiding and to structure his or her behavior to avoid these invasive, frightening, and humiliating encounters could do so.

The protests after Ferguson have drawn increasing attention to the racial profiling practices rampant in many police departments. Even President Barack Obama, who has often been silent on issues around race, has remarked that communities of color don’t trust the police — and with good reason. People of color are often marked out as targets of suspicion from the outset, stopped for doing little at all and then subject to more aggressive penalties when a stop does turn up wrongdoing.

Dahlia Lithwick writes a great essay in Slate about the import of the Heien v. North Carolina decision (and she reads well between the lines of the case’s oral arguments from October). She is highly critical of the Court’s decision, which she describes as blatantly out of touch with the encounters between communities of color and the police:

You would think that we had not just lived through a summer in which we were painfully reminded of the realities of militarized police, civil asset forfeiture, racial profiling, relentless police harassment of citizens, and frivolous stops for trivial infractions…

The discussion in Heien never reflects the fact that a long, sordid history of pretextual and harassing traffic stops have fostered fear and anxiety in minority communities…But from the perspective of the high court, it’s as if the summer of 2014 was happening in an alternate universe.

I agree with Lithwick. We do not need to add more ambiguity into the standards of care that police officers take in their interactions with civilians.

In the majority opinion, Roberts notes that this reasonableness standard doesn’t mean that officers have a Get-Out-of-Jail-Free card for not knowing the law. But given that an officer just has to point to a piece of the statute in order to justify his interpretation as reasonable, I’d argue that the Court is making a more substantial change to our right to be free from invasive and unwarranted police search than they admit.

As Sotomayor noted, Roberts' opinion “basically means that [in] any open question, police officers will rule in favor of their right to search.”

The Heien v. North Carolina decision allows police officers to become the adjudicators of the law itself if it allows them to legitimately pull over someone who they suspect not of violating what they know the law to be, but what they think it is.

As Joseph Pomianowski and Jane Chong argued in Forbes, ruling in favor of the officer’s right to search supports the notion that we prefer our police forces to act first and ask questions later.

At its core, the state’s position should be understood as an appeal to our troubling cultural tendency to favor a fast-acting police force over a thinking police force, Pomianowski and Chong wrote.

Police officers are given the responsibility of enforcing our laws; the least we can do is hold them to the standard of knowing what those laws require.