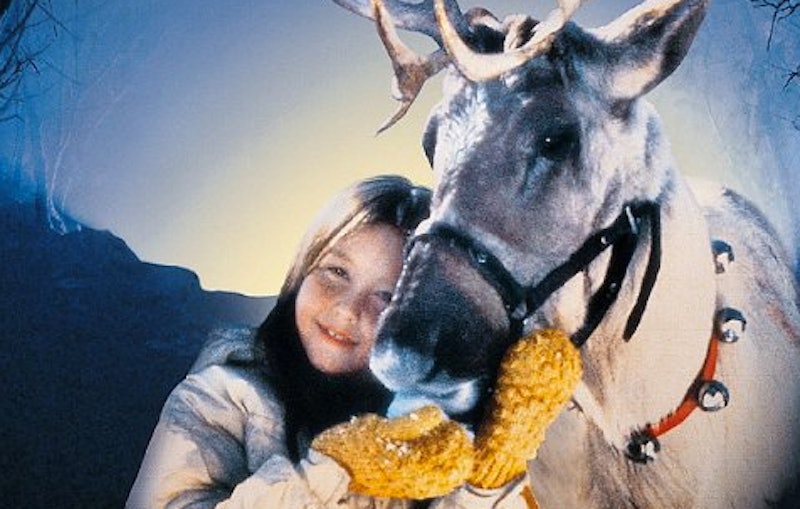 Regardless of religious affiliation, most of us grew up with some sort of holiday season tradition to get us through the start of the winter. One of my perennial favorites has long been one that not a lot of people bring up in the endless rehash of holiday favorites. That would be Prancer , one of the most underrated Christmas movies of all time, stocked to the brim with what can only be defined as "heart." "Is there such a thing as a Christmas movie without heart?" is a valid question, but this particular one stuck with me in a way that all the Santa Clauses and its cousins never have.

I was a dreamy little child, so the fact that this film starred an eight-year-old girl convinced she'd found the actual, real-life Prancer didn't hurt when it came to winning my personal attachment. The little girl in question was played by Rebecca Harrel Tickell (she hasn't been in all that much save for this) as Jessica Riggs, a little girl in Three Oaks, MI who'd recently lost her mother and is being raised by her father (John Duda) and her dad (Hot Dad Sam Elliot). After finding an injured Prancer she takes him home and tries to nurse him back to health herself. Soon the rest of the town finds out about her "Prancer" and hijinks very dramatic dramatics ensue.

It Has a Reclusive Old Widow Who Is Probably A Witch

Fine, she's probably not a witch. But every good Christmas movie needs a heart-warming story of children being afraid of old women until they learn the old woman is the most awesome person around. And this particular one was played by Cloris Leachman!

Sam Elliot will not be pleased by this, Prancer.

And Jessica is genuinely adorable

It's hard to root for him for a good portion of the movie but never fear, eventually he becomes a Good Dad.

It's the story of a father coming to understand his daughter

They overcome so many barriers to finally have the respect and modes of love they need to be happy together!

Like all great Christmas movies, this one is built off of the unceasing belief of a child. The kind of belief that brings out the cynic in all the adults who come into contact with it. Jessica's belief is contagious, even leading a reporter to write an article entitled "Yes, Santa, There Are Still Virginias," in reference to the famous 1897 New York Sun editorial "Yes, Virginia, There Is A Santa Claus."

This movie ends (spoiler alert) with this reindeer plummeting off a cliff. You think "Uhhhh, did they just kill this reindeer after making such a big deal about it?" But then Prancer comes back into view, and he flies off with Santa.

Jessica is going to get to brag about this for the rest of her life.

More like this
Ryan Gosling’s Ken Just Got The Seal Of Approval From His Partner Eva Mendes
By Rachel Mantock
At 28, Emma Thompson Was Already A Star — But Unhappy In Love, Actually
By Olivia-Anne Cleary
Austin Butler & Kaia Gerber Have Had The Ultimate Whirlwind Romance
By Sophie McEvoy
Kim Kardashian Father’s Day Tribute To Kanye West Called Him “The Best Dad”
By Stephanie Topacio Long
Get Even More From Bustle — Sign Up For The Newsletter