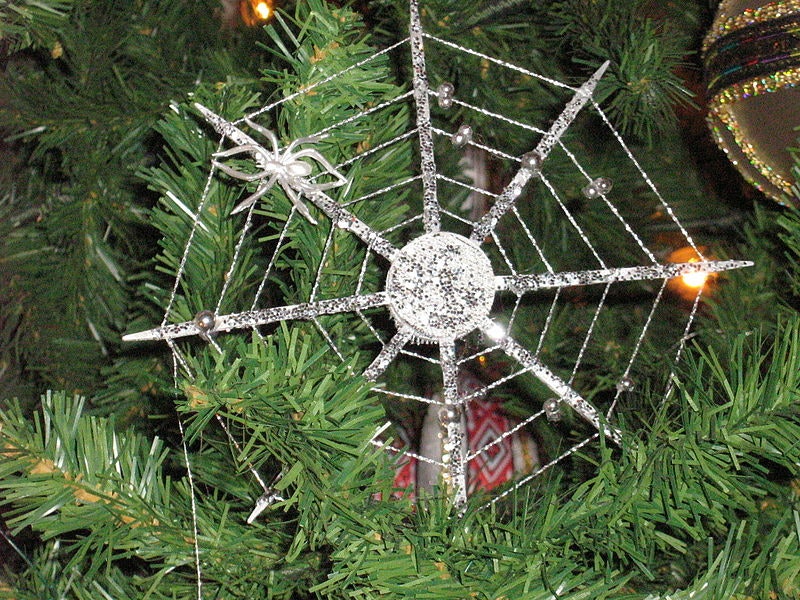 After being upheld for several years, Christmas traditions and customs that once seemed strange become normal and expected. Leaving a carrot out on a plate for Rudolph and his crew of reindeer seems totally fine to us, because those magical beasts have a long night ahead of them pulling Santa's sleigh, so of course it's only natural to provide them with some on-the-go nourishment. And even allowing a man in a red suit to climb down our chimneys to eat our food is totally cool. But that probably seems completely bananas to other people who don't partake in the same traditions.

There are tons of kooky little traditions all over the world that are born from a rumor, story, or myth, that grow into widespread holiday habits for the residents of that location. Traditions are no longer questioned as to whether they're weird or insane, or even if they make sense. They just happen. And the crazier the tradition, the more fun it is to uphold. From Spain to Japan and all the way to the Ukraine, we are certainly not the only ones who have loco holiday routines. Here are the weirdest and craziest Christmas traditions from around the world.

Well, this is my nightmare. However, the legend is pretty adorable. It's about a poor mother and widow who wanted more than anything to give her children a beautifully decorated tree for Christmas. Not being able to afford any decorations, they all went to bed on Christmas Eve with a bare tree. The household spiders heard the mother's cries and decorated the tree themselves by spinning several webs over the branches. When the sun came up, the light hit the webs and the tree glistened. Now, decorating your Christmas tree with spider webs is considered good luck.

Over here, we celebrate angels and miracles, and over there, apparently they celebrate an evil, devil-like dude named Krampus who shows up during the Christmas season to deliver coal to the naughty girls and boys, and then he tosses them in his sack and takes them away. Aww, fun!

Thanks to a very clever marketing campaign in 1974, Christmas equals Kentucky, and has ever since. People in Japan line up around the block to get their buckets of finger lickin' bird and even order months in advance so they can have their chicken on Christmas Eve.

Ren and Stimpy would appreciate this log tradition, because it involves taking a hollow log, painting a happy face on one end, and feeding it and keeping it warm throughout the Christmas season. Then on Christmas Eve, children sing the log song and hit it with sticks until it's time to lift the back of the blanket to reveal a pile of candy and gifts the log has crapped out. This is why it is often referred to as "the poop log."

Nisse is a mischievous elf who plays pranks on families during the Christmas season. And on Christmas Eve, people often leave bowls of rice pudding out for him to stay on his good side.

According to local legends, witches, and evil spirits come out on Christmas Eve, so hiding the brooms protects families from an unexpected witch attack.

7. A trip to the graveyard — Finland

Christmas Eve in Finland consists of paying respects to the dead with a visit to deceased family members at the graveyard. Then there's a porridge lunch with a silly little game of Find the Hidden Almond. The one who does needs to sing a song.

In Caracas, Venezuela, many of the streets close down so that the residents can get up early and roller skate to morning mass between December 16 to December 24. Not a bad way to make church service more fun!

Similar to our own Christmas stocking tradition, children in France put their shoes and boots by the fire in the hopes that Pere Noel will leave them presents and treats.

10. Night of the Radishes — Mexico

In Oaxaca, Mexico, farmers carve their large root vegetables into human figures as part of a huge annual competition. It begins on the day before Christmas Eve and continues with parades and fireworks into Christmas Day.

For some reason, Christmas is the perfect time to prepare for marriage in the Czech Republic. Unmarried ladies have plenty of options when it comes to good luck traditions that will ultimately lead them to finding a hubby, but my favorite is shaking the elder tree. If she shakes an elder tree AND a dog barks, then she'll marry a man from the direction the bark came.

Italy doesn't have a Santa, they have a witch. If you leave her a glass of wine and you've been extra good this year, she'll leave you candy and gifts and she may even sweep your floors.

However you celebrate this glorious holiday, have a very Merry Christmas!