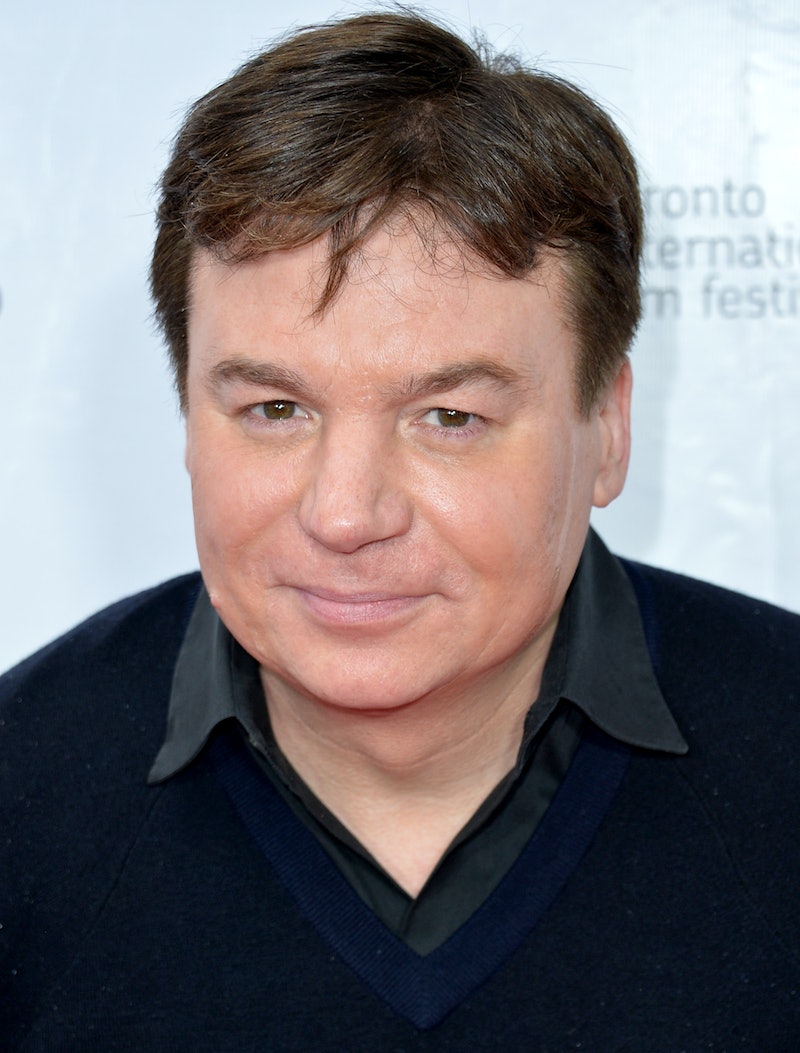 Before he was Shrek, he was Dr. Evil from Austin Powers, one of Mike Myers' best roles, aside from Saturday Night Live . And because there has been so much evil going on in the world, specifically with the Sony hacks and the terrorist threats surrounding the release of The Interview , Dr. Evil decided to take it upon himself to address the recent issues during SNL's cold open. During a Christmas special hijack, Dr. Evil spoke directly to North Korea and Sony about how they are giving evil organizations a bad name... because he's got an image to keep, you guys!

The cold open originally started with a Sam Smith "Very Somber Christmas," with Taran Killam singing sad songs to celebrate Christmas, naturally. But that got preempted when the channel was hijacked by Dr. Evil. Myers, who still looks exactly like a crazed villain when dressed like Dr. Evil, then went to ask Sony and North Korea to stop the fighting, because "who cares."

"Why pick on Sony? They haven't had a hit since the Walkman," Dr. Evil says, while also noting that the Guardians of Peace was just a terrible name for an evil organization. "There's already a GOP, and they're already an evil organization," he says of the Republican Party. Because, as Dr. Evil says, what are they going to do next? Ask for $1 million?

Myers also made fun of himself during the cold open, saying that if the Guardians of Peace wanted to put a bomb in movie theaters, they'd just release The Love Guru, which was a film Myers was starred in, in 2008 (and it was terrible).

Myers was a cast member on SNL from 1989 to 1995. During his time on the show, he created incredibly well-known characters, like Wayne Campbell of Waynes World, Dieter, and Pat Arnold of the Chicago sports fans.