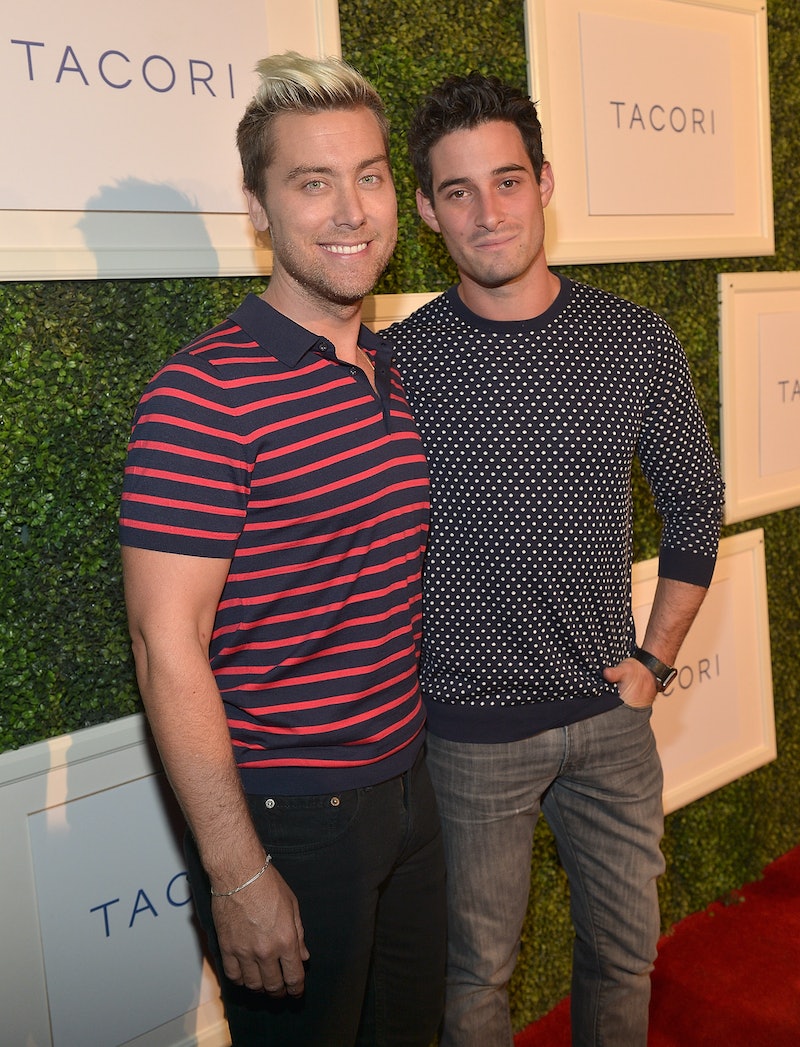 After a lot of buildup, Lance Bass, formerly of the boy band 'N Sync, got married to Michael Turchin on Saturday in California. The couple met around four years ago, and they became best friends before starting a romantic relationship. "I was attracted to him and wanted things to go further but I was convinced he wasn't into me," Bass, 35, told People Magazine. "So I focused on becoming such good friends that I wouldn’t be able to look at him in any other way."

They eventually got together, with the artist Turchin fitting in with Bass' celebrity lifestyle. Since 'N Sync, Bass has continued his music career, along with gaining for a broader foothold in the entertainment industry. He is a DJ for SiriusXM and a correspondent on Entertainment Tonight. Turchin, 27, is a pop artist and burgeoning actor. Both Bass and Turchin appeared in the film White Dwarf, a genre-bending examination of celebrity.

The wedding was at the Park Plaza Hotel in California and was attended by around 300 guests. It was a pretty untraditional event, with models functioning as flower girls and friends walking the couple's dogs down the aisle. Though there was not the rumored full 'N Sync reunion, former band member J.C. Chasez sang "Can't Help Falling In Love." Bass has been excitedly posting to social media about the upcoming wedding, keeping his fans in the loop with adorable tweets like this:

The event will be broadcast in an E! special called Lance Loves Michael: The Lance Bass Wedding on February 5th. In the meantime, here's a pic of the handsome couple on their wedding night.

More like this
'Friends' Creator Marta Kauffman Opened Up About Misgendering A Guest Character
By Grace Wehniainen
Kimberly J. Brown & Daniel Kountz Looked Back On Their ‘Halloweentown’ Romance
By Stephanie Topacio Long
Jesse Tyler Ferguson Had A Funny Run-In With A Fellow ‘Modern Family’ Alum
By Grace Wehniainen
Drake’s Surprise Performance With The Backstreet Boys Was Fans’ Fire
By Stephanie Topacio Long
Get Even More From Bustle — Sign Up For The Newsletter