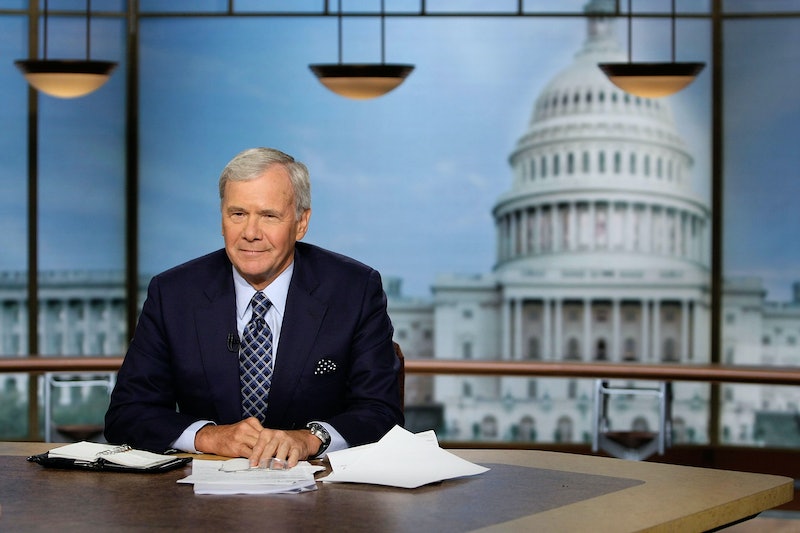 After being diagnosed with and battling multiple myeloma last August, veteran NBC News anchor Tom Brokaw’s cancer is now in remission. Revealing the good news in a note to his colleagues, Brokaw discussed how though his cancer, which affected blood cells in the bone marrow, according to The Hollywood Reporter, was a challenge over the past year, he remains strong going into the New Year.

“A year ago my future was more uncertain than I cared to acknowledge but now I face the New Year with very encouraging news,” Brokaw said. “The cancer is in remission and I will shortly go on a drug maintenance regimen to keep it there. Last weekend I was reminded of how fortunate we all are and whatever challenges I faced were footnotes compared to the men I was with.”

From there, the former news anchor continued by remembering the soldiers of the Battle of the Bulge, who battled not only Hitler’s troops but also one of “the worst winters in 20th century Europe,” according to Brokaw.

“I was a Presidential delegate to the 70th anniversary of the Battle of the Bulge… They slept in heavy snow, water pooled at the bottom, eating cold rations,” Brokaw wrote. “About 30 vets returned… The King and Queen of Belgium attended many of the ceremonies and could not have been more cordial. I flew home reflecting again on how lucky we are that generation gave us the lives we have today — how my last year was a challenge, but I was meeting it in world class hospitals with brilliant physicians, not in a foxhole in the Ardennes.”

Brokaw, who was an anchor and managing editor for NBC Nightly News for over 20 years, received a Medal of Freedom from the White House and President Barack Obama in November.

More like this
Here’s How Lizzo Is Supporting Abortion Rights After The Roe v. Wade Reversal
By Brad Witter
Olivia Rodrigo’s Song Dedication To 5 SCOTUS Justices Sent A Strong Message
By Grace Wehniainen
5 Ways To Stand In Solidarity With Women In America From The UK
By Sophie McEvoy
Supreme Court Overturns Roe v. Wade
By Melanie Mignucci
Get Even More From Bustle — Sign Up For The Newsletter