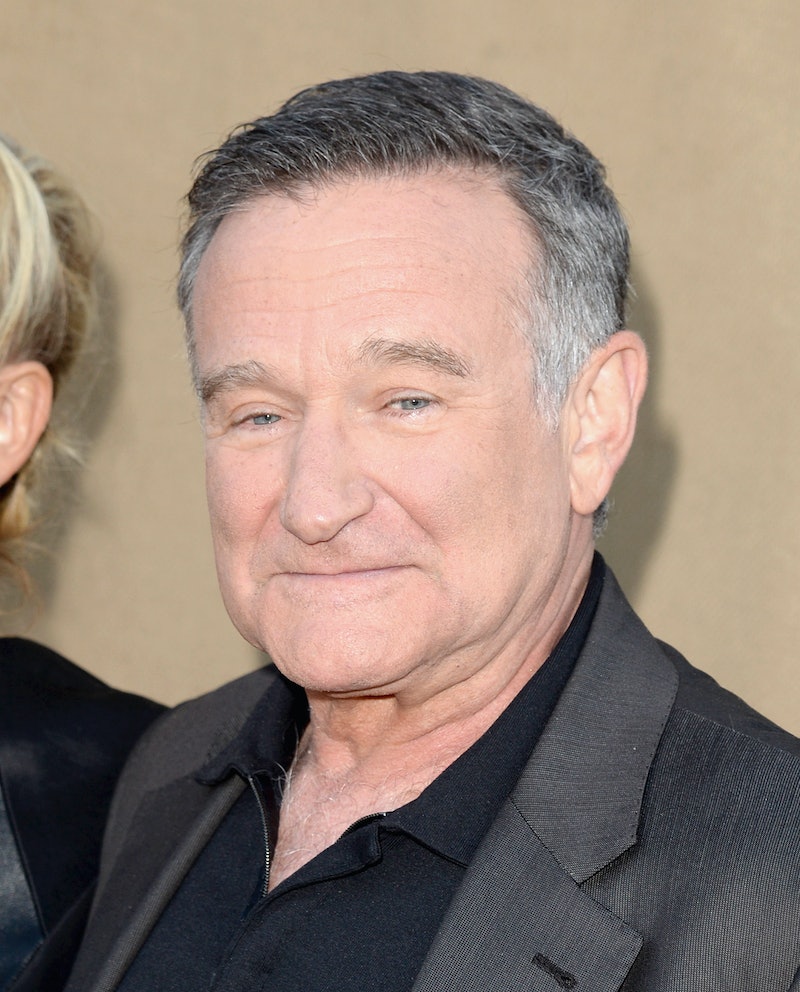 In case there was any doubt that Robin Williams was one of the sweetest souls in existence, let that doubt be erased now. Four months after his death, he's still profoundly missed. More evidence of that fact? An act of kindness Robin Williams performed while filming Night at the Museum: Secret of the Tomb has recently come to light, and it's nothing short of incredibly heartwarming and heartbreaking, all at the same time.

If you don't know who Skyler Gisondo is, he's the 18-year-old actor who appears in the movie as Ben Stiller's son. And while his acting career takes him away from regular teenager stuff like going to high school, he did his best to do what he would be doing if he was leading a more traditional life — and that means stuff like asking a girl he likes to go to the prom with him. And not only did Gisondo managed to accomplish that, but he also ended up creating one of the most memorable promposals ever.

Since it would've been way too easy just to call his prospective date up on FaceTime and ask her to go with him, he took it a step further and asked his co-stars, Stiller and Williams, to make a video popping the big question. And according to what Gisondo told The Hollywood Reporter, it sounds like Williams had a blast being part of the project.

"All morning, Robin was pitching more ideas. He was saying 'Can I say this? Would it be appropriate to say this?' You're Robin Williams. You can say whatever you want! It turned into this three minute, ridiculous thing. A promposal. I realized that was the most awesome three minutes of my life and I've accepted it will go downhill from there."

How sweet is that?!

And the video, which has been uploaded to YouTube, proves that Gisondo was right. The promposal turned out to be pretty epic, so it's not surprising that the girl in question said yes. How adorable are Stiller and Williams? They play off of each other perfectly, and the monkey is definitely a nice touch. Gisondo's prom date is obviously a very lucky girl.

Gisondo also had nothing but kind things to say about his late co-star — also not surprising at all.

"Robin was this bottomless reservoir of kindness and hilarity. It was just so special to work so closely with this guy whose movies I've grown up with and watch his preparedness and his kindness."

I've been saying this for the past four months, and I'll say it again now: The world is a worse place without Robin Williams in it.