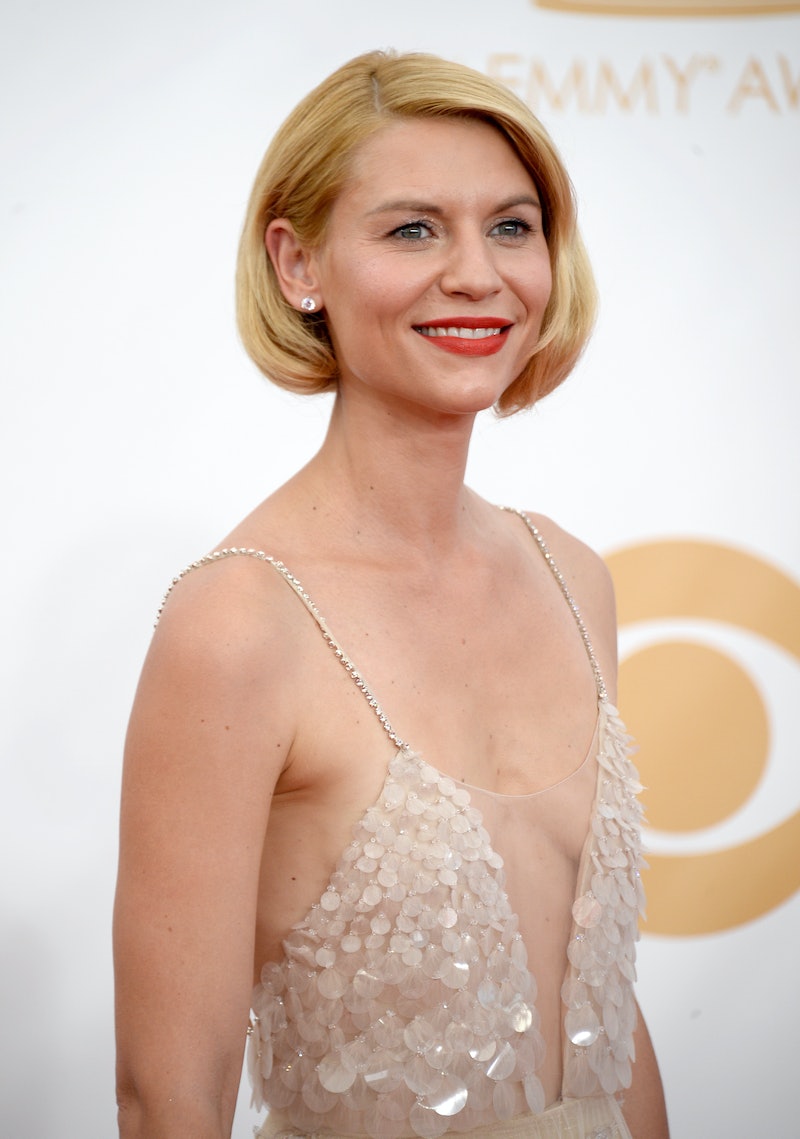 There were a couple nail-biters at this year's Emmys, and the race between Scandal's Kerry Washington and Homeland's Claire Danes was certainly one of them. The world will have to wait at least another year for its first black winner of the Emmy for Oustanding Actress in a Drama, though, because it was Danes who took home the gold.

This marks Danes' second win and third nomination — she won last year for the same role in Homeland, and was nominated way back when for My So-Called Life, and we can't exactly say her victory comes as a surprise. It was heavily predicted by anyone who'd seen her performance in season 2 of Homeland, wherein she figuratively walked an acting high-wire that thrilled critics and fans the world over.

She beat out fellow nominees Washington, Michelle Dockery (Downton Abbey), Vera Farmiga (Bates Motel), Robin Wright (House of Cards), Elisabeth Moss (Mad Men), and Connie Britton (Nashville). It's a disappointment for those who were hoping for Washington to sweep in and claim her place in history, but we're still crossing our fingers for next year.