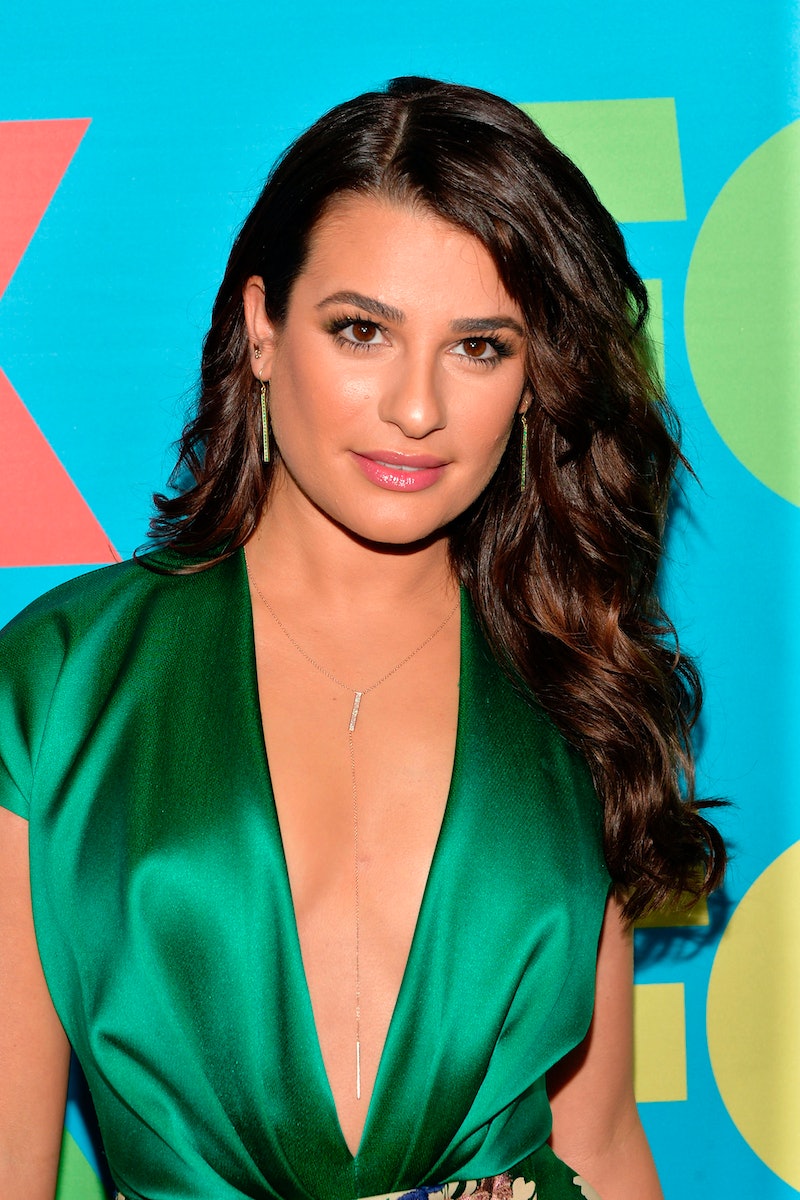 If there are two people you can be damn sure Glee will always have Lea Michele's Rachel Berry imitate, it is Barbra Streisand and Idina Menzel. Michele's Berry is getting her chance once again to do so in Glee's sixth and final season premiere, and now you can hear the full version of Lea Michele singing "Let It Go" on Glee for yourself.

So how'd she do? Well, of all the singers out there who could take on this song, Michele's pipes are at least relatively comparable to Menzel's. She might not have quite the belting power, but that's hardly a diss because, like, who does? And this is hardly the first song song Michele's taken on on Glee that had roots with Menzel — she and co-star Chris Colfer both sang "Defying Gravity" a few seasons ago, and Rent has made an appearance, as well. And hey, never forget that Menzel literally plays Rachel Berry's birth mom on this show.

Overall this is a pretty standard Glee cover: It doesn't change all that much, and it doesn't pack quite the wallop of the original. But — also like most Glee covers — it gets the job done, especially since Rachel Berry's journey at the start of Glee's final season is hardly as harrowing as Queen Elsa's ostracization, no matter how far she's fallen from her Broadway glory.

And "Take Me Or Leave Me" from Rent:

And Michele singing with Menzel herself: