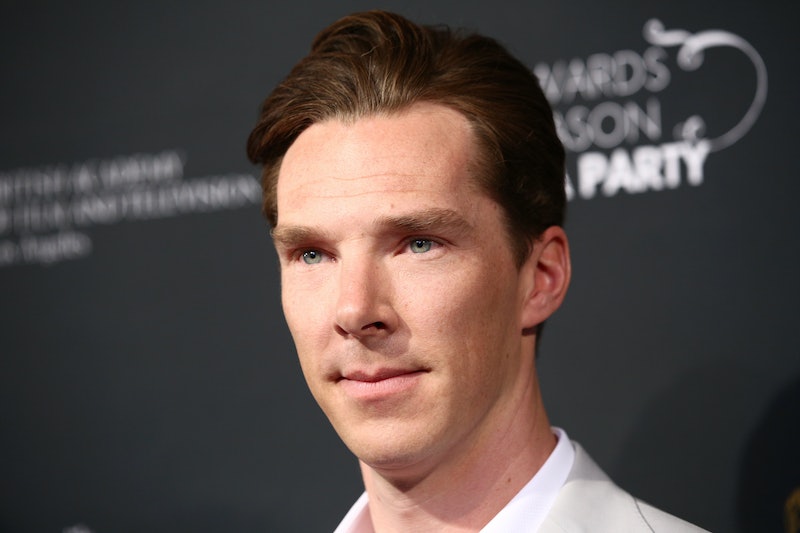 Marvel's decision to cast Benedict Cumberbatch as Doctor Strange for its Phase Three movie of the same name was a controversial one, if not one that raised as much of a fuss as the announcement of Batfleck. It's moving forward regardless, of course, and now we've got our first image of a Benedict Cumberbatch all Marvel-ized for Doctor Strang e . It appears to be concept art* but hey, that's something.

The first look comes via the Twitter account of Scott Derrickson, the Exorcism Of Emily Rose and Deliver Us From Evil writer who is making the jump from horror movies to the Marvel Cinematic Universe to direct Doctor Strange. In the caption, he quotes The Talking Heads, writing "Strange but not a stranger," with the image of Cumberbatch's face, with space all over it. It's very chiseled, as usual, with the addition of a mustache and goatee for the role.

Doctor Strange doesn't come out until 2016, so don't expect a ton of goodies to hit us for a little while. But hey, at least we know we won't be waiting as long for this stuff as we will for Captain Marvel. So drink in this Cumberface, if that's something you're into.

*UPDATE: Derrickson tweeted further that this image is fanart, not official.

The credit for the image belongs to: