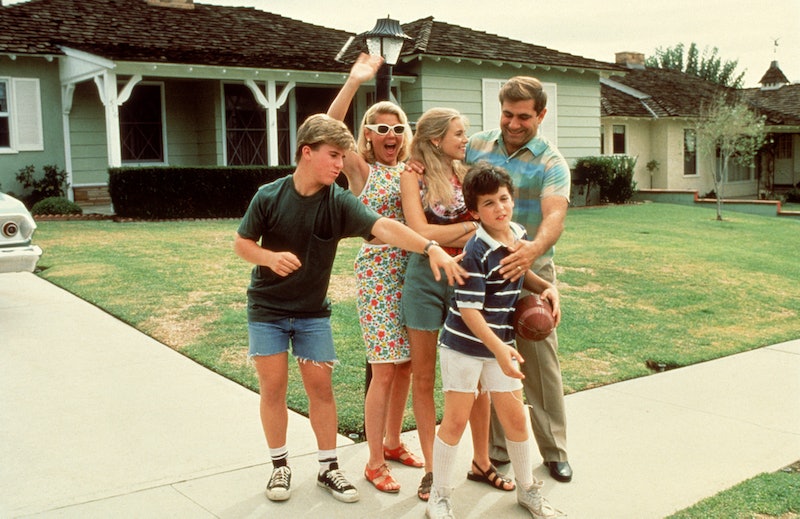 With the passing of the great rock musician Joe Cocker, the inevitable glance back at his many works is bound to feel a little bittersweet. But that's not at all inappropriate, as Cocker's bluesy valor was nothing if not bittersweet. From his iconic rendition of "You Are So Beautiful" to his pounding "Do I Still Figure in Your Life?" to his, perhaps, most famous ballad of all (at least to pop culture junkies): a decidedly somber cover of The Beatles' "With a Little Help from My Friends," which we all recall from the opening credits of The Wonder Years.

In earnest, there might have been no more perfect way to introduce viewers to the ABC drama series week after week. Debuting in 1988, The Wonder Years (a program about growing up in the '60s and '70s) stood as a forerunner of the nostalgia addiction that'd overtake pop culture slowly but surely over the next two-and-a-half decades. That intrinsically sad grasp at something long and forever more unattainable never felt quite as real as when Cocker's gravely vocals were reverberating through your head, hours after an episode's close.

But it wasn't just the nostalgia that made The Wonder Years a potent tragedy, but its simple, retroactively Boyhoodian endeavor to watch the sprightly, impish Kevin Arnold grow up, passing through all the heartbreaks and corrosions that anyone watching surely knew all too well.

It's appropriate that Cocker chose a giddy, carefree ditty of the era to transmit through this new age of solemnity. As the show colored even the bright years of its characters' lives and American culture with a dark hue, so did Cocker with the Beatles' hit.

Each week, his musical bravado would play over the flickering home video footage of the Arnold family delighting in disregard. With another, lighter, sweeter song introducing the series, The Wonder Years might have been relegated to the meager stature of another show grabbing at an opportunity to drape its young actors in period garb. But the haunting severity in Cocker's take on the once merry Sgt. Pepper number helped to make the show so much more than that — a real story about the ups and, principally, downs of life.

And it'll stick in our heads for a long time to come.

More like this
Shania Twain Replaced Brad Pitt’s Name In “That Don’t Impress Me Much” At The PCAs
By Jake Viswanath
You’ve Been Singing The Wrong Lyrics To “All I Want For Christmas Is You”
By Sam Ramsden
Kim Cattrall Had A 'Sex And The City' Reunion With Creator Darren Star
By Grace Wehniainen
17 Photos Of The 'Wednesday' Cast Vs. The 1991 'Addams Family' Cast
By Grace Wehniainen
Get Even More From Bustle — Sign Up For The Newsletter