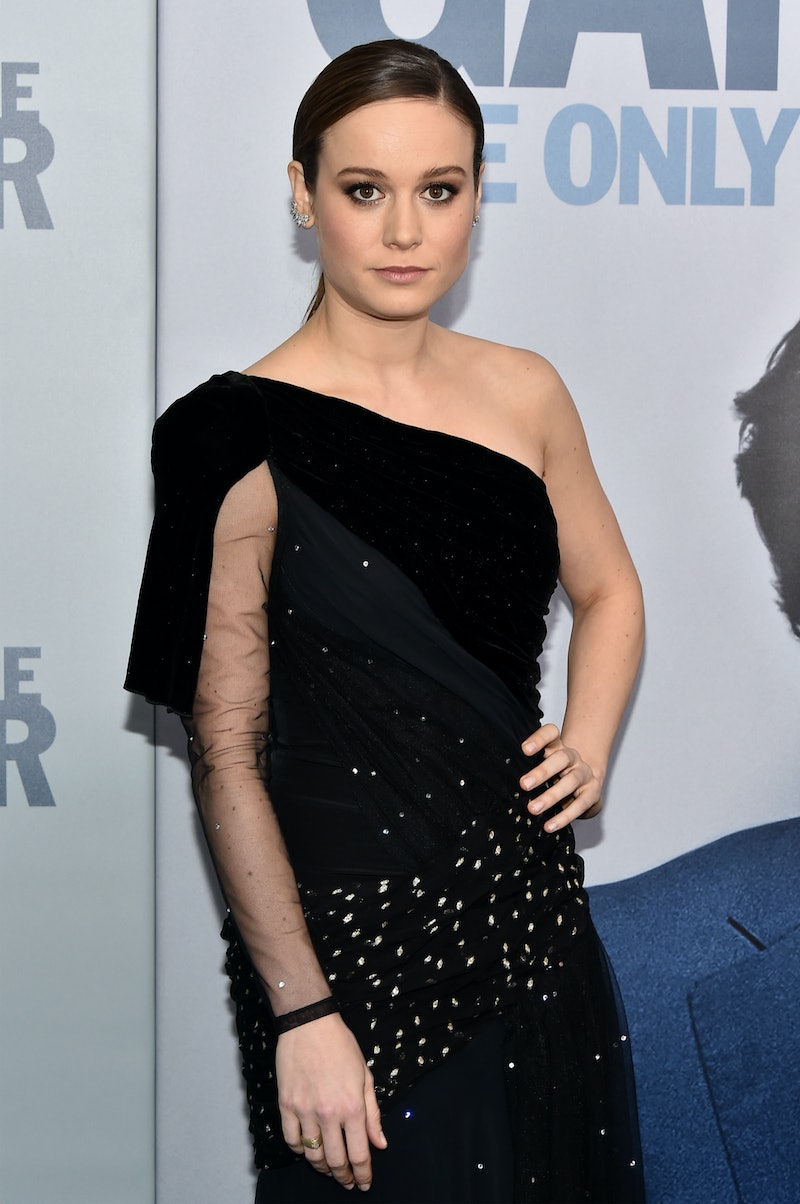 I have to say, I've been a fan of Brie Larson's since she stomped on Michael Cera's heart in Scott Pilgrim vs. The World back in 2010 (did I mention that Envy Adams — her character in the film — is a stone-cold badass?). Then, she popped up in the quietly touching The Spectacular Now, and did an adorable cameo as Abed's love interest on Community (many fondly remember her as the best part of Season 4), and now, she's nabbed a starring role alongside Mark Wahlberg in The Gambler, as well as an upcoming stint portraying Amy Schumer's sister in the new movie Trainwreck .

As her career takes off in earnest, Brie's upped her fashion game accordingly — over the past couple weeks, she's donned Rodarte, Alexander McQueen, and Louis Vuitton; all to pretty darn spectacular effect. Good on her stylist (Jeff Kim; I just followed him on Instagram), eh? Everything from the ultra-mod Louis Vuitton number to the gracefully bohemian Rodarte gown she donned to the New York premiere of The Gambler has been lovely. Let's take a look:

Watermarks aside, this is pretty darn pitch-perfect, no?

I mean, with the coat it's awesome...

... Without the coat it's awesome:

It's just an all-around win (and her eye makeup is to die for).

Now, Rodarte generally gets a lot of hate for its kookiness, but personally? I'm not at all opposed some flat-out weirdness every now and then, and Brie was completely rocking it (you've got to have major confidence to rock an asymmetrical sheer sleeve, IMHO, and she was totally selling it).

I don't know about you, but I can't wait to see more of Brie Larson's revamped style!