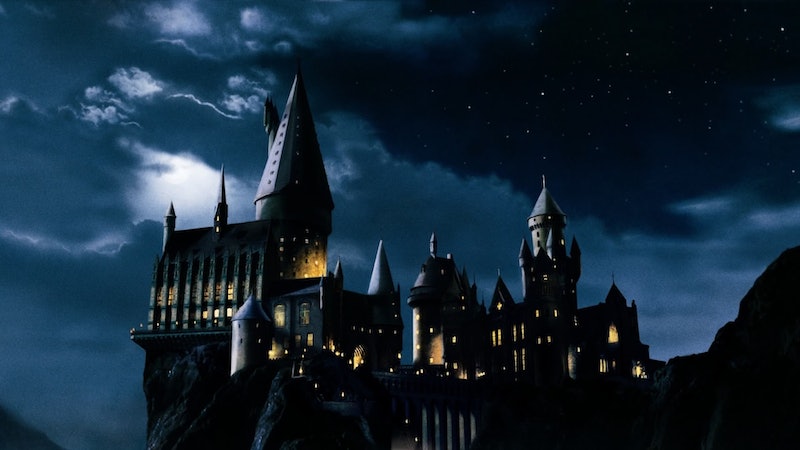 Much of the thrill of reading the Harry Potter series is living vicariously through our favorite pubescent wizards. Although we love experiencing these characters’ exciting bildungsroman sagas, we all harbor a bit of jealousy toward them: Not only do they get their own personalized wands and creepy-cute pets, but they get to do magic and live at Hogwarts. Plus, the Sorting Hat gives them a built-in posse.

It’s a part of the human condition to want to learn as much about your complicated self in as simple a format as possible, and that grumpy old hat kind of acts as an automatic Meyers-Briggs Personality Test. So in the sad absence of our Hogwarts acceptance letters, fans enact our own Sorting Hat ceremonies, placing ourselves in the houses we relate to most. Or, if you’re a Pottermore member, you can take the official non-official sorting hat test to find out where you truly belong (where my Slytherins at?).

Your house informs a lot about you: your work ethic; your inherent values; your proclivities; the people you hang out with. Not to mention, too, the books you’re drawn toward. If you’re a Gryffindor, you’re probably into war-hero epics and good-versus-evil picaresques. Those quirky Ravenclaws are likely to pick up sophisticated mysteries and dense modern classics the rest of us wouldn’t dare attempt. Hufflepuff? You may be interested in characters with strong moral compasses, and you’re a shameless sucker for a happy ending. Sneaky Slytherins, on the other hand, are more interested in the nuanced nature of evil, and are endeared by misunderstood anti-heroes.

Whether you’re a brazen lion, an ambitious eagle, a playful badger, or a wily snake, find out here what’s on your required reading list. Pay attention and take notes — it may not be too late for that acceptance letter to come after all.

Gryffindors fancy themselves as the “best house” on campus. Mostly it’s just that they’re the loudest in announcing their success. But they are the most shamelessly brazen, and the most willing to forge ahead into battle using equal amounts of force and logic. Lions will find endless inspiration in war hero Louis Zamperini’s incredible story, and they'll want to take notes on his superhuman survival skills for future reference.

Gryffindors yearn for control. Not because they’re blindly power-hungry, but because they strive to create the fairest, most productive form of democracy possible — and they all think they’re the best wizard for the job. The ethics of war and the machinations behind gaining and maintaining political power are key concepts in a Gryffindor’s education, and George R.R. Martin’s sprawling saga provides a vision of every imaginable form of political maneuvering. Plus, it's edge-of-your-seat exciting enough to maintain a Gryffindor's adventurous interest.

Perhaps the most traditional house, respectful Gryffindors understand the value of a classic. Many of those classics, however, are just too boring for energetic lions to sit through. But Mark Twain’s canonical abolitionist text strikes the perfect balance between scrappy adventure story and moralist tale, underscoring the importance of a sturdy ethical code and the possibility of creating a more just world.

A Study in Scarlet by Sir Arthur Conan Doyle

Brilliant and eccentric Ravenclaws will no doubt recognize some aspect of themselves in the most famous brilliant eccentric in literature. They’ll likely solve the mystery way before Sherlock does, but Ravenclaws will get a kick out of Holmes’ deductive science and admire his individual flair.

Mary Shelley’s Gothic horror novel will teach Ravenclaws the dangerous repercussions of obsessive knowledge. It’ll also warn the intellectual risk-takers to stay within the bounds of nature (or magic) in their experimentations, lest they create something unstoppably horrific — and which, by the way, they’d have to be responsible for. I doubt ambitious Ravenclaws would want to be tied down to some maddeningly dumb creature.

Because only a Ravenclaw reads the footnotes. (Of which there are many.)

Zen and the Art of Motorcycle Maintenance by Robert M. Pirsig

Hufflepuffs are for sure the most Zen of the four houses. Unlike the other three clans, badgers don’t feel the need to prove their worth: They’re a quietly self-assured bunch, and reliably good-natured. Robert M. Pirsig’s modern inquiry into Eastern spirituality will fascinate and resonate with Hufflepuffs, who seek to achieve their own personal goals while keeping the peace with overly competitive peers.

Hufflepuffs may be lovably cool and collected, but never call a badger a pushover. While they won’t strike unless provoked, they’re fiercely protective over their own and loyal to their values. Hufflepuffs will find a kindred spirit, and a role model, in the wise Atticus Finch, who maintains his fearless integrity despite the haters.

Dickens’ beloved 13th novel emphasizes a lesson Hufflepuffs know well: that honesty, loyalty, and a studied interest in self-improvement trumps even the direst circumstances. Like Pip, Hufflepuffs aren’t afraid to work hard for what they want, and they’d never cheat their way to success (ahem, every other house).

Heart of Darkness by Joseph Conrad

The Outsiders by S.E. Hinton

Not that their sinister reputation bothers them or anything, but Slytherins know all too well what it’s like to be perpetually misunderstood. True, Slytherin has produced more dark wizards than all the other houses combined, but that’s mostly by virtue of the Slytherin penchant for pushing boundaries. S.E. Hinton’s good-natured gangster classic will appeal to the house’s cool-kid persona, and snakes will appreciate Hinton’s portrayal of… alternative codes of conduct, proving that even the misfits have their virtues.

Sophisticated Slytherins will find Shakespeare’s bumblingly antiquated portrayal of magic laughable, but Macbeth teaches snakes a valuable lesson: despite its appeal, unbridled obsession will result in chaos and bloodshed and madness, which will totally screw up their cool appearance and utterly ruin that exclusive air of je ne sais quoi they've honed so well.