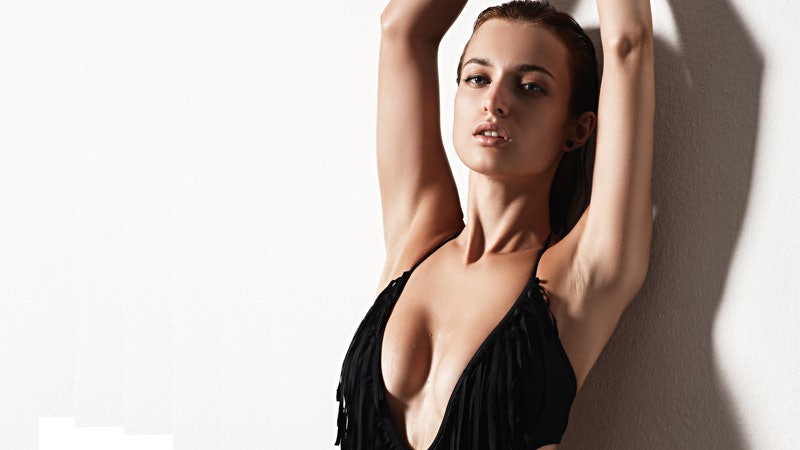 The corset went the way of the dodo during World War I, when all of the metal required to produce the medieval torture device (I mean undergarment) was needed instead for the weaponry. Enter the modern day brassiere, which, rather ironically, can sometimes feel like a type of weapon itself. Since its invention, the bra has been padded, coned, memory-foamed, diamond-encrusted, and even made of bacon. And yet the quest for perfection goes on. No matter how comfortable or flattering the iteration we’ve found, we still delight in tossing it onto a bedside table at day’s end. We count the moments until we can finally go braless for the night.

Still, whether A-cup or L-cup, the bra is a part of female reality, uniting us in collective awe (a strapless that stays!) and collective hatred (an underwire that pokes!). So I don’t expect it to ever disappear entirely from women’s wardrobes. And I’m not suggesting we burn our laciest (and in some cases, priciest) pieces.

But since yesterday was Christmas day, and you’re supposed to give presents at Christmas time, I am suggesting we give ourselves the gift of a bra vacation (or make it our New Year's resolution to do so!). After all, you don’t have to be a Free the Nipple ambassador to appreciate the feeling of a chest unrestrained. If this truly is the most wonderful time of the year, we’ll find a stocking in which to stuff the cups. Here, in no particular order, are the reasons why:

At least, that’s what this 15-year study out of France suggests. A professor who measured the nipple height of 320 women (insert jokes here) found that those who consistently went sans support not only drooped less, but actually perked up more. A possible explanation? There are ligaments in your ta-tas that help keep age-related sag at bay, but if you don’t allow them to do their job — because you’re always relying on a bra to do it for them — these ligaments eventually get pissed and quit! (OK — they simply become less effective, but pissy breast tissue is a much funnier image.) In other words, if you don’t use it, you really do lose it.

Being continually coddled by lacy unmentionables means your aerolas have become circular little sissies more susceptible to pain. This is especially bad news for women hoping to — ouch — breastfeed.

The average lingerie collection costs $621 (and that’s if you haven’t splurged on a $20,000 sports bra). This is cash that could buy 21 pairs of these high-rise boyfriend jeans, or another item people will, you know, actually see.

While the bra/breast cancer link has been largely debunked, wearing the wrong size bra — which approximately 80 percent of women do — does cause back aches, neck aches, and breast aches, and it can even have a detrimental effect on posture. You could get measured, finagle your straps, readjust your hooks, and then be careful never to gain or lose a couple of pounds or accidentally throw an undergarment into the dryer… or you could burn the damn thing altogether.

Push-up bras make women feel 75 percent more confident, or so say University of Manchester researchers who were independently commissioned by a lingerie brand hoping to capitalize on the “Super Egoboost Bra.” But here’s the thing: what this study didn’t cover is the self-assurance women also draw from things like career accomplishments, familial ties, and their own strength of character. A little bit of padding pales in comparison, so why not focus on cultivating the less-removable kind of ego boost?

Maybe women in the UK have this whole coordination-of-undergarments thing down, but I am not a woman in the UK. Matching is not my forte, and I’d rather not feel badly about it every time I get dressed. Sure, I could go on a hunt for a garment that’ll pair with my Charlie Brown undies, but he’s a good man that Charlie Brown… all on his own.

7. AND THEN THERE'S THIS

A recent study has discovered that male rats prefer mating with female rats who are wearing special rat-sized bras, meaning the animals have learned to associate certain types of clothing with sexuality. This may be fine for rodents, but I’d like to think that human men (the non-rat versions) are evolved enough to recognize how beautiful the female form is without the bells and whistles of, say, a crystal-encrusted girdle. Seriously.