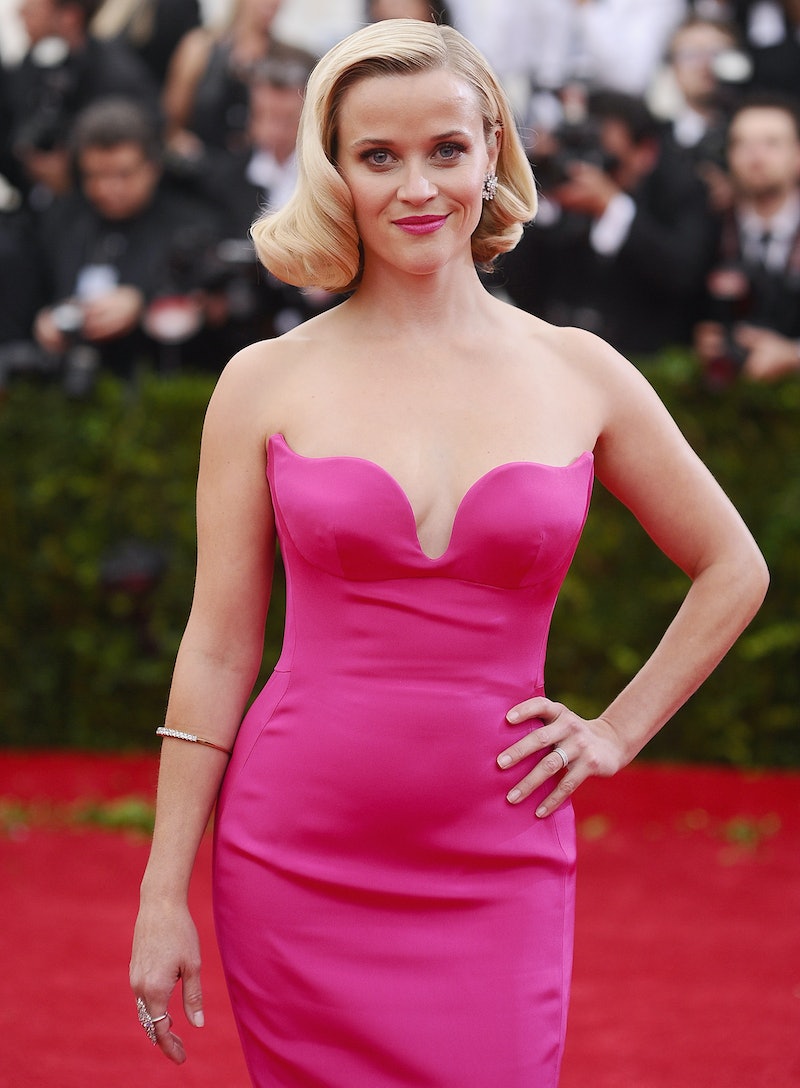 Everyone else can stop trying, because Reese Witherspoon made a "Wreath Witherspoon" that trumps all of yours — even Mindy Kaling's. OK, so it wasn't a crafted version of the amazing new decoration that we were introduced to on The Mindy Project , but it was the ultimate version of the pun as Witherspoon stuck her head in the middle of a wreath for a super-cute photo. "Wishing y'all a very merry Christmas!!! Sincerely, #WreathWitherspoon... (couldn't resist @mindykaling...)" she captioned the picture on Twitter, adding some festive Emojis. And with that being said, her Emoji game is on point.

Witherspoon had previously shared some of Kaling's favorite fan-made "Wreath Witherspoon" decorations on Instagram, but this is obviously even better. Kaling replied to Witherspoon with an equally-amazing set of Emojis, stating the obvious: "You win Christmas, Queen Ree." Sorry, Rihanna, but Queen Ree sounds better than Bad Girl RiRi, and I'll be referring to Witherspoon as this new nickname from now on. If this isn't enough to make Witherspoon your favorite, she also supported some other famous gal pals on Instagram before Christmas, suggesting Lena Dunham's Not That Kind of Girl and Amy Poehler's Yes, Please as perfect holiday gifts. How do I get an invitation to this book club?