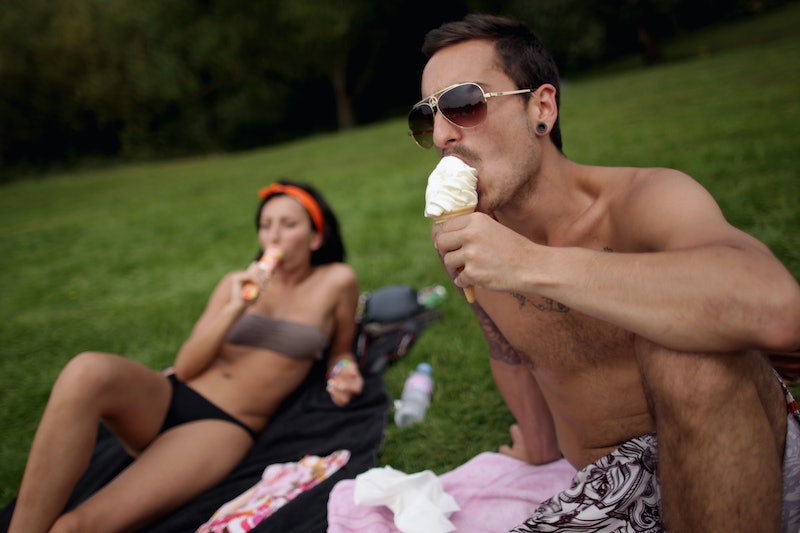 You know it, I know it and society knows it: there are times when food is the only thing that can cure your bad mood. It's called being hangry. Being angered beyond reason when you're starved is a feeling we all know well, and researchers may finally have discovered why we "get like that" when we need a snack: low blood sugar.

Low blood sugar is never a good thing, and we should all strive to keep our levels moderated, but this is the first time we've correlated poor behavior with this state. When you break it down, it makes a lot of sense. Our brains use glucose to function, and when that level is low we're knocked down a few pegs, sporting the patience, civility, and mental capacity of a caveman.

The research was published in Proceedings of the National Academy of Sciences, where scientists actually demonstrated that married couples have less and less patience for one another (despite what would seemingly and hopefully be a solid and healthy union) when their blood sugar is notably low.

Though some are more susceptible to the madness than others (I am an utter force to be reckoned with when I need to eat; think Jurassic Park), it seems a universal truth that a lack of sustenance leads to social shortness, unfounded irritation and a special kind of malice that can only be explained (or excused) by extreme hunger.

They actually tested how often and how long couples would stick pins in voodoo dolls meant to represent their better halves, as well as at what rate they'd force one another to listen to sounds like dentist drills and fingernails on chalk boards. They translated this tendency to aggression, which is totally fitting in my book because what the hell?

Fact is, we all get "hangry.: The term has come to see popularity and widespread use because the feeling is so ubiquitous. It's the perfectly apt combination of "hungry" and "angry" that excuses our behavior when we step out of line due to sandwich deficiency.

According to this new research, it seems easy to combat this level of grump; if you take in a substance as basic as a few sips of juice you'll be better off, demonstrating that though we term it "hangry," it's actually more about getting enough sugar than it is food.

Silly as it seems, pack a few juice boxes next time you need to be pleasant for the day. They might come in crazily handy. If all else fails, invest in this: