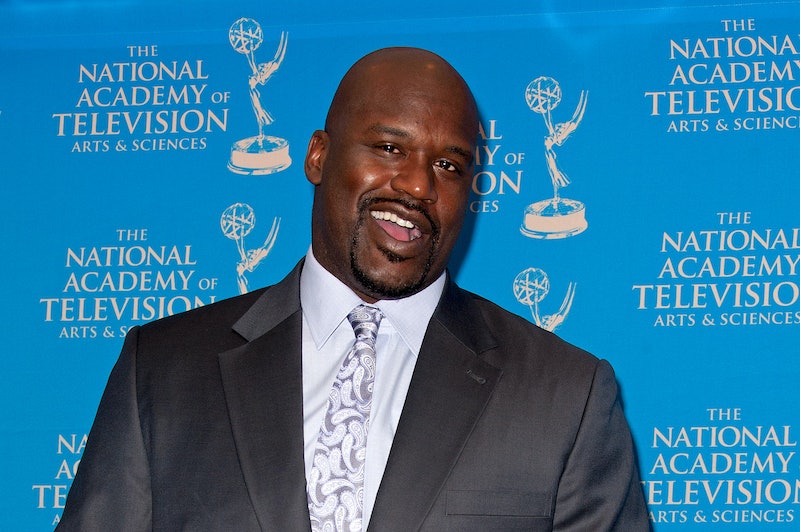 It looks like someone is giving Aaron Carter a run for his money. In fact, the only thing that would make Shaquille O'Neal getting shoved into a Christmas tree funnier is if Kenny Smith shouted, "That's how I beat Shaq!" afterward. That was not the case during the live broadcast of TNT's Inside the NBA on Christmas Day, in which the two former basketball players started racing around the set, and then with Smith's quick shove, O'Neal went flying back into the fully-decorated tree. Surprisingly enough, the tree didn't go down — though O'Neal was basically stuck inside it to his shoulders — but ornaments scattered across the floor in a scene straight out National Lampoon's Christmas Vacation.

This isn't the first viral video moment that O'Neal had this year. In early December, he used an Easy Bake Oven in a promo for Toys For Tots, which is hilarious as you could imagine. The 7-foot-tall guy's hand is basically the size of the entire oven, which makes it even more surprisingly that Smith — who is only 6'3" — was able to take O'Neal down. But hey, maybe the floor was just slippery? We'll give him the benefit of the doubt on this one. Watch the hilarious video below!