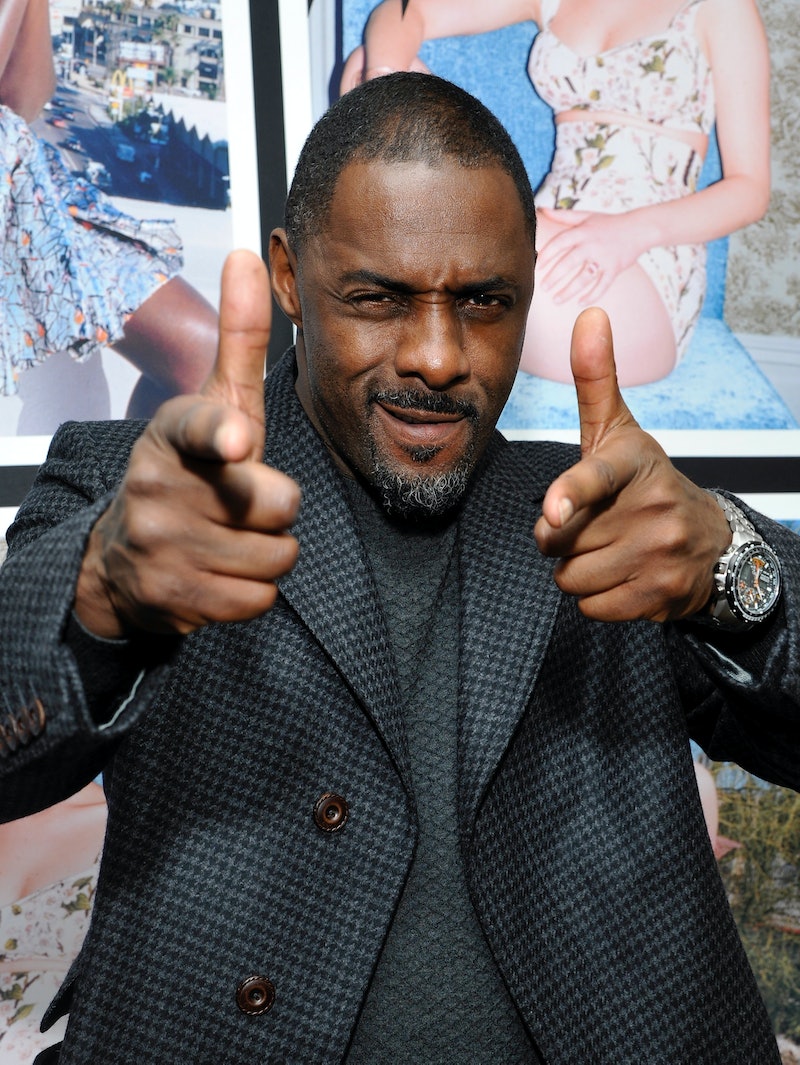 Of the massive amount of Sony Pictures Entertainment's private information, employees' personal emails, and movie scripts leaked by a group of hackers allegedly affiliated with the North Korean government, a great deal of the information illegally released caused major controversies in the press. However, there's at least one leaked email that was actually the source of some good news: According to a leaked message from Sony chairwoman Amy Pascal, it was revealed that she might want Idris Elba as the next James Bond after Daniel Craig finishes his stint as the legendary 007. Fans, of course, were thrilled at the idea, and now hype's gotten so big that even Idris Elba himself has responded to the James Bond rumors.

Though Elba had already discussed the idea of being the next Bond during a Reddit AMA long before the Sony leaks — and stated he'd love to play the role! — his latest response to Pascal's emails just confirms how great he would be for the role. The actor's tweet about the possibility of being 007 (and bringing diversity to the famous role) was completely adorable and on point. And, considering the controversy that has been going on between the U.S. and North Korea since the hacking attack, the Mandela: Long Walk to Freedom star's reaction was the comedic relief we certainly all needed.

With the cutest picture of himself and a hilariously goofy smirk, Elba’s tweet reads, “Isn’t 007 supposed to [be] handsome? Glad you think I’ve got a shot! Happy new year people.” If you weren’t already excited about the actor playing the world’s most famous British Secret Service agent already, then just seeing that face will convince you he’s right for the role (oh yeah, and because he’s super talented. That too.)

Rush Limbaugh might not be able to see Elba as the next Bond (for extremely offensive reasons), but, fortunately, it looks like the actors popularity is still growing at a rapid rate. Though we probably won’t know for sure if he’ll have the opportunity to play the part of the spy until Daniel Craig finishes up the role, Elba should definitely be in the running for now.

More like this
Jennifer Coolidge Needs 'Legally Blonde 3' To Happen So She Stops Getting Hot Dog Jokes
By Jake Viswanath
What Is Ben Affleck's Net Worth? At 50, The Oscar Winner Makes 8 Figures Per Film
By Meg Walters
Amanda Seyfried Says She Felt Pressured To Shoot Nude Scenes At 19 Years Old
By Jake Viswanath
Someone Must Pay For What Happens To Bad Bunny In 'Bullet Train'
By Arya Roshanian
Get Even More From Bustle — Sign Up For The Newsletter