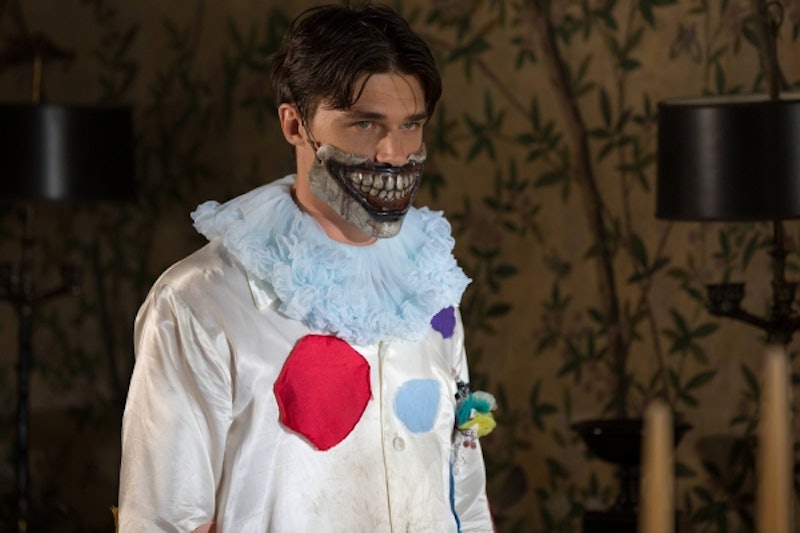 I know sometimes we joke about dating a “psycho", or we tell tales about that one “psycho” friend we all had in college that used to take off her underwear and bury it front of her ex-boyfriend’s houses every time she got drunk (just me?), but sometimes, sometimes we actually encounter a real life, bona fide psycho. As in, a human being capable of very not-okay things, like smashing your car with a baseball bat, stalking you, or manipulating you until you are a shell of your former strong, self. We all like to think we're great at reading people and understand who we can trust and who we can't but it's not always so black-and-white. It's not like pyschos wear t-shirts or labels, so it's wise to be a little weary, especially since we're doing so much online dating, and it's getting harder to really feel people out before we get involved with them.

Luckily, as is the case with most things in life, learning how to identify a psychopath is all just a matter of being armed with the right info ration. Because there are textbook signs that most psychopaths display—you just have to know what to look for. According to my Psych 101 textbook and Medical Daily, psychopaths are born, not made. Meaning, you can theoretically figure out whether someone is a psycho from the time they’re young. Knowing all of this is really a blessing, since I am basically the most trusting person in the universe and usually don't assume anyone poses a real threat to me. Here are 11 telltale signs that someone is actually a total psycho.

According to WikiHow, "A psychopath will also put on what professionals refer to as a 'mask' of sanity that is likeable and pleasant. For example, the psychopath may do good deeds to gain his or her victims trust." Judging by pretty much every single psychological thriller ever, this seems to ring true. I mean, take Dandy from American Horror Story: Freak Show . He is probably one of the most charming villains in the history of television and he slaughters housewives and bathes in their blood for a living.

If you meet someone on Tinder and he or she seems to be all over your business, complimenting every single atom you possess, it might be a bad sign (sorry). This hyper-complimentary behavior is called "love bombing," and it's supposed to get you "hooked."

Apparently, psychopaths "love to work you up into a state of obsessive frenzy," so that you basically become obsessed with them. They'll then purposely try to make you jealous and pull away, which is called "triangulation." Which all sounds very emotionally appealing and wonderful, right?

If you read or watched American Psycho, then you know Patrick Bateman is all about his bod. His facial regimen. His looks. What an amazingly talented and rich Wall Street yuppie he is. This inflated sense of self is a classic sign of psychopathy.

5. No real signs of remorse

In every scary movie about a person who is totally an insane killer, there is always a flashback that involves that person as a child who killed a neighbor's pet cat and showed no palpable efforts of remorse or guilt. That's because psychos are incapable of feeling those feelings is all. So if you notice that your buddy is acting very nonchalantly about accidentally killing his goldfish, then you may want to re-evaluate that friendship.

6. Unreachable, grandiose goals and plans (or none at all)

Much like the whole "I'm Superman" thing, psychopaths have pretty crazy plans. And not just "I'm going back to law school" plans, because hey, good for you. But more like, "I'm going to be a millionaire after I move to Hollywood and once that happens, I'll buy you a house in Malibu" plans. Either that, or a psycho will have no plans whatsoever.

I feel like impulsiveness rests on a pretty wide spectrum, because I can honestly admit I'm pretty impulsive. But then again, I'm not impulsive to the point where I'm maxing out my credit card on a trip to Thailand for the weekend (yet). However, a popular trait amongst psychos is impulsive, unpredictable behavior.

According to Huffington Post, a psycho sometimes gives his or herself away for no reason at all, like the jig is up, but not really! You could be hanging out and getting coffee, and this person will suddenly say, "Haha, I'm totally psycho, LOL, JK," but they are totally not LOLing or JKing. This is "A form of keeping you off balance—but also possibly an unconscious slip of the mask of [his/her] persona." This seems like a very newbie-psycho move to me, but whatever.

Lying for no reason at all is probably one of the most popular signs someone is a psycho, but it could also just mean this person is just really, really weird and wants attention. Either way, arbitrary lying is super annoying and gross.

10. Constantly needing to be entertained

This could just be ADHD, or it could be a psychopathic behavioral issue. But often, psychopaths will constantly seek out entertainment for themselves and stimulation, because staying still is not really not easy for them.

11. If this person treats other people (and animals) like garbage

This kind of behavior spans from general manipulation to, uh, murder. Someone's personality is usually pretty transparent if you see them belittling people, making fun of them, getting a kick out of embarrassing them, or physically hurting them. So like, that kid from the first Toy Story movie with all those poor, hybridized toys? Total psycho.