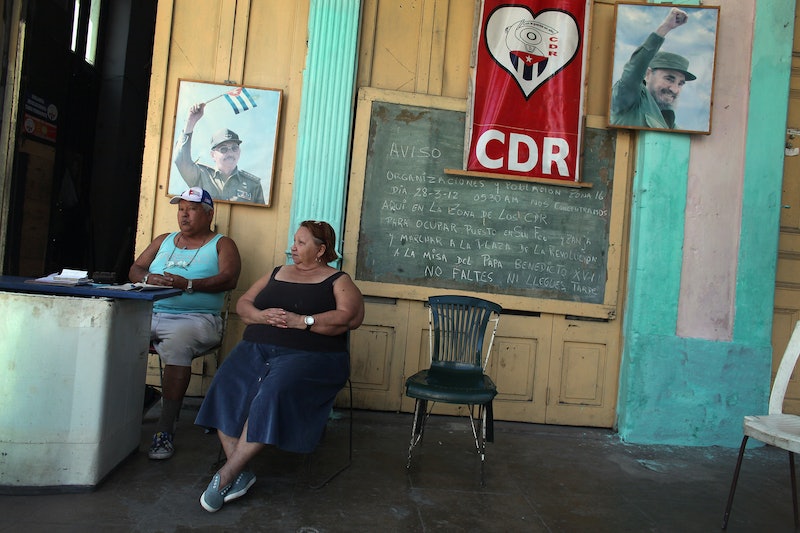 As the finer details of the new U.S.-Cuba deal are in the process of being ironed out, the mystery surrounding 53 Cuban political convicts in the prisoner swap have upset the country's most prominent dissidents, who say that they neither know who those being released are, nor were they consulted when the list was drawn up.

Reuters reported that dissident leaders have, over the years, informed the U.S. authorities which opponents of the Castro regime were jailed or harassed, but when the deal was made between the two countries — under extreme secrecy and with Pope Francis' help — the identities of which political prisoners would be freed was not made known to them. The confidentiality of the list has troubled and frustrated Cuba's leading dissidents, who worry that it might have left out legitimate political prisoners who will be left to languish in the country's jails.

U.S. officials have remained silent about how the list was compiled, and who inside the island country was consulted. Berta Soler, leader of the dissident group Ladies in White which marches in the country's capital, Havana, on Sundays, demanding the release of prisoners, told Reuters:

We're concerned because we don't agree with the silence, because we have a right to know who they are. Who are they? There are not just 53 political prisoners, there are more, and we are concerned that the U.S. list might have common criminals on it.

The Cuban Commission on Human Rights and National Reconciliation, another dissident group, said in June that the country was holding 114 political prisoners, most of whom the group said were "peaceful dissidents."

The news wire also reported a U.S. official saying on Saturday that Washington had requested for Cuba to release a specific group of people imprisoned on charges related to their political activities, but otherwise responded to no further questions. Governments of neither countries have provided more information on the issue, including when the political prisoners will be released.

Jose Daniel Ferrer, one among five of the country's most influential dissident leaders interviewed by Reuters, said that he was in close contact with families of those imprisoned, and that some inmates have even called his organization, the Patriotic Union of Cuba (UNPACU), to ask if they will be freed.

The U.S.' historic policy shift towards Cuba after decades of unsuccessful isolation of the communist country was first announced after the release of U.S. contractor Alan Gross, who was held by the Cuban government since 2009. President Obama also announced, in his speech about the normalization of U.S.-Cuba relations, that Cuba will release 53 political convicts in a list provided by the U.S., but did not identify who they were.

CNN reported that the Castro-ruled country also released a U.S. intelligence source who has been imprisoned in Cuba for over 20 years — though it wasn't clear if that person was part of the 53 on the list.

More like this
Why Eurovision 2023's Host City Won’t Be Revealed For A While Yet
By Sam Ramsden and Rachel Mantock
Are John Legend & Kanye West Still Friends? The Singer’s Latest Update Is Candid
By Brad Witter
13 Photos Of Princess Charlotte Loving The Commonwealth Games
By Sam Rogers
Meghan Markle Gave An Adorable Lilibet Update
By Alice Broster and Sam Ramsden
Get Even More From Bustle — Sign Up For The Newsletter