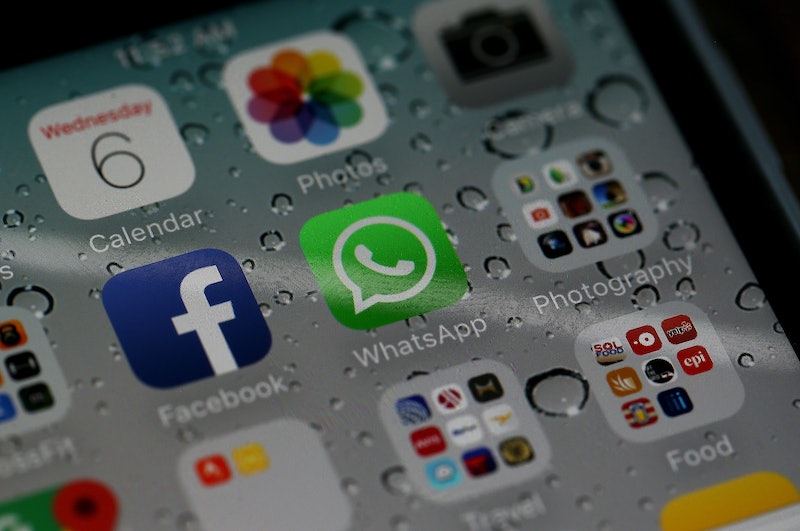 Business Insider has just released a meta-analysis of social media users across each of the major social platforms. Though the analysis is probably meant to help marketers determine when and where to strike, there are some sweeping generalizations worth noting about what your social media of choice says about you:

If you're a Facebook user, there's a 50 percent chance you live outside of North America. You're likely to be from Asia (almost 30 percent of Facebook's 1.1 billion users are).

But if you're in America, where two-thirds of Internet users have Facebook, chances are you'll be a young woman — although you could fit into pretty much any income bracket and live anywhere (city-dwellers lead by about 7 percent). You'll probably have a little college under your belt (75 percent do) and a smartphone, given that Facebook is also the most popular social media app on smartphones.

If you're not a teen or college student on Facebook, then you're probably a parent stalking them — the 45 to 54-year-old demo has grown 46 percent over the past year.

If you're on Twitter, you're probably a young man who identifies as Latino or African-American. You also use it to get your news updates (83 percent of users get news updates) during your afternoon lecture at a college in the East. But come Friday nights, you definitely have plans.

Good for you, tweeter.

If you're a Pinterest user, you could be any age (almost 40 percent of 18- to 50-year-olds have tried it), but you're probably female (84 percent of users are).

A ton of Pinterest users are women who are white, college-educated, younger than 50, and live in households that rake in $50k or more a year — meaning they have the money and/or time to try out every single one of those fall soups to freeze.

And even though you take a break for dinner (activity is lowest between 5 and 7 p.m.), you're likely pinning from your iPad on Saturday mornings or late at night (activity peaks between 8 p.m. and 1 a.m.), which implies it's seen as a sort of relaxing leisure activity.

Well, either that or there's some really great drunk Pinning going on — probably due to all the cocktail recipes that, along with food and other drink, make up 18 percent of pins.

It sort of looks like Tumblr is the new Xanga (46 percent of its users are between 16 and 24) and just as likely to express themselves, guys. This might explain the endless pages (61 percent of teens log on once a week or more) of poorly attributed photos of One Direction cast members and faux-streetstyle photos of users wearing girly dresses with combat boots because that's so edgy.

You white-collar, high-achieving you! LinkedIn is like your virtual industry cocktail party, where you use your office hours (gotcha) to increasingly swirl and swill with the best in your field. You're probably going to be a male, highly educated, make above $50,000, and white, too, so way to not break corporate stereotypes with that one.

Google+ is for the bros. If you're on Google+, you're probably a single, American college guy. (An overwhelming 70 percent of users are male.) And if you have any school spirit, you probably belong to the NYU alumni association (along with um, 1.2 percent of users).

But even if you have an account, you probably don't do much with it — Google+ page interaction with other people and brands isn't high compared to Facebook and Twitter. If anything, you're just "looking for friends." Chill out, bro — you'll find some.

But like with Facebook, the 45 to 54-year-olds are catching on, with a 56 percent increase in accounts in that demo since last year.

More like this
11 Super Bowl Instagram Captions To Use On Game Day — Even If You Don’t Like Sports
By Alexis Morillo
Ashamed Of Your Screen Time Stats? Here's How To Change That
By Alexis Morillo
Here’s What TikTok's "Mascara” Trend Is *Really* About
By El Hunt
Flip Phones Are Gen Z's Favorite New Nightlife Accessory
By Maria Santa Poggi
Get Even More From Bustle — Sign Up For The Newsletter
From hair trends to relationship advice, our daily newsletter has everything you need to sound like a person who’s on TikTok, even if you aren’t.