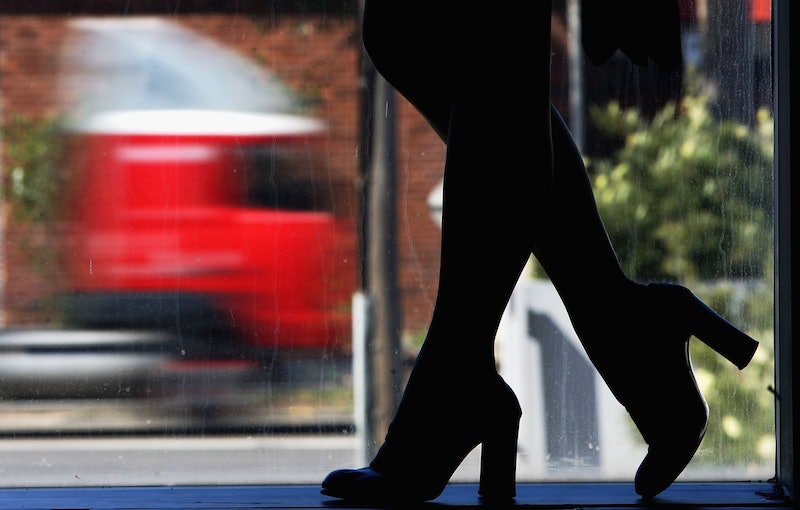 If you happen to follow a lot of sex workers (or the people that love them) on Twitter, you may have noticed the trending #banfreebies hashtag, which at first glance appears to be a place where said folks are expressing their disapproval of those who don't charge for sex. Sex workers and sex worker activists/allies have been using the satirical hashtag to poke fun at the sort of comments they get all the time about their work. The tag was kicked off by someone named Jem, who tweets as @notahappyhooker and wrote earlier today that all of us women "giving away sex" should be ashamed of ourselves.

The hashtag was quickly picked up and run with by all sorts of sex workers, whose playful tweets are both humorous and a poignant commentary on the types of scolding, shaming and "concern" they face regularly. "These women who give it away for nothing disgust me! Have they no self respect?!" tweeted Minxy_Lydia, a self-described "West London floosie and seedy tart." She described the #banfreebies tweets as "the reverse of the kind of shit sex workers have to put up with."

"I hear some of them are even proud of not being paid, say they do it for love," Jem replied cheekily. This was followed by a lament of the "false consciousness" of women giving it up without getting paid.

False consciousness is a charge that often gets fired at sex workers who don't self-identify as victims. Though it sounds like something social conservatives would say, more often than not it's been bandied about by feminists. I support the idea that sex work — stripping, escorting, whoring, web camming, whatever —is a valid choice that women can freely enter into. Does this mean that all sex workers do so absent coercion or force? Of course not. But many do — as the many vocal sex workers on Twitter show. Here are a few of my favorite #banfreebies tweets: