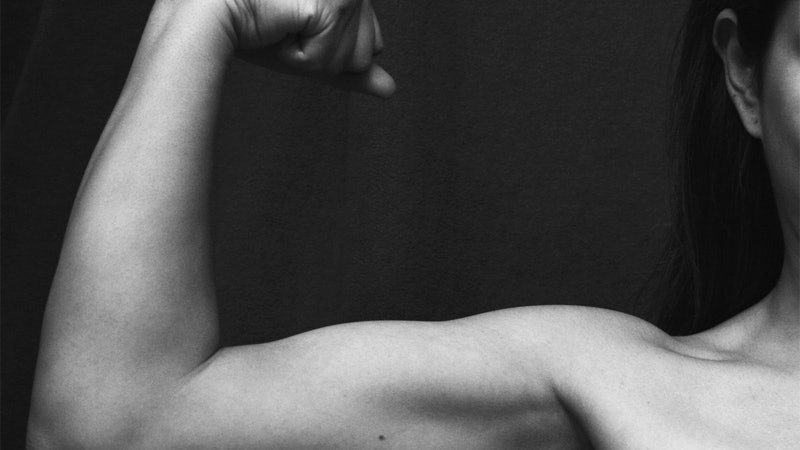 During the summer of 2013, my boyfriend and I had one of those magical summers where every other weekend, we were at another wedding. Suddenly, everyone started to talk about babies — which, of course, felt a little crazy. After all, I'm only 26 years old. I work a full-time day job, attend graduate school just shy of full-time, and I'm a writer and critic. My partner is ambitious too: a digital marketer with Silicon Valley dreams and a work ethic like nothing I've ever seen. We're a team, pushing each other and supporting each other, like Frank and Claire (but a little less evil). I love babies, but do I want to be responsible for a human being for the next 18 years (or more) of my life? Certainly not yet.

But I also didn't want to be on the pill indefinitely. Though most studies indicate that there is no significant risk to long-term (more than five years) use of combination (estrogen and progestin) birth control, some have found adverse effects. And have you ever forgotten to take a pill? The anxiety can be crippling. I decided to look into Long-Acting Reversible Contraceptive (LARC) methods, which have only one hormone in a low dosage — or none, in the case of the copper IUD.

Why aren't we talking about hormonal implants? And why are only 0.5 percent of women using them? Are we more afraid of sticking a 4-centimeter plastic rod into our arms than a small piece of plastic and copper into our cervixes?

Having heard all about the IUD from friends/evangelists, I asked my doctor about it. Unfortunately, because I have what's called a "retroverted" or "tipped" uterus, my doctor could not recommend the IUD. For me, and the one in four women like me, whose uteruses flop around inside of us like sad, deflated balloons, the IUD can cause problems. It can slip out, poke our partners painfully during sex (eek!), or even tear through the uterine wall (double eek!). Of course, it depends on the woman. Some tipped ladies have luck with it. But overall, not the best choice for me, my doc said.

Thanks to a few smart and informed friends who worked for Planned Parenthood, I asked about another option I'd heard about: the hormonal implant.

The hormonal implant is a matchstick-sized rod inserted under the skin of the upper arm. It works in much the same way as the hormonal IUD, by secreting a small amount of the hormone etonogestrel into the body for up to three years. The consistent hormone dose prevents the uterus from becoming a warm fuzzy place for a fertilized egg to implant, and bars the door to the Uterine Palace by thickening the cervical mucus.

The science of it is not so hot, I know. But it's hard to deny its effectiveness: With a failure rate of just 0.05 percent, a hormonal implant is even more effective than sterilization. That's right — tie your tubes or have your partner get a vasectomy, and you're still more likely to get pregnant than if you get the implant. Boom.

So why aren't we talking about hormonal implants? And why are only 0.5 percent of women using them? Are we more afraid of sticking a 4-centimeter plastic rod into our arms than a small piece of plastic and copper into our cervixes?

Sarah Kliff at Vox recently explored this peculiarity, identifying three reasons for its lack of use: First, the implant is new. It has only been around in its current version (Nexplanon) for about three years. The copper IUD, by contrast, came on the scene nearly three decades ago. Second, the implant goes into the arm. We don't usually think of birth control that doesn't have anything to do with our mouth or our genitals. And finally, the insertion process requires special training for the physician. OB/GYNs who don't have the proper training might be less likely to recommend this method.

But there might be a fourth reason: Google searches for information and experience stories (of which I conducted many), turn up a wealth of negative information — horror stories of getting your period at random and inconvenient times, heavy bleeding for months on end, mood swings, cramps, you name it. As with any hormonal method, these side effects are entirely possible. But they're not universal.

Indeed, the most common side effect of the hormonal implant is irregular bleeding. But according to Planned Parenthood, after the first year, about a third of women don't get their periods at all. Though some women do experience irregular heavy bleeding, only one in ten decide to get the implant removed. No periods for two years? Who doesn't want that?!

I decided to go for it. Unfortunately, once I chose to get the implant, it took me more than three months to get it. In August, I called my doctor. I had an exam scheduled for mid-September, and asked if I could tack on an implant insertion. "Sure," she said. "Let's just check with your insurance to be sure you're covered."

Her nurse submitted the proposal and we waited. And waited. And waited. After three weeks, I called back. The insurance company hadn't replied yet. My exam date passed. Time was ticking. The implant must be inserted during the first or second day of your period to be immediately effective and reduce the risk of adverse side effects. My period came and went. I'd have to wait another month. Finally, at the end of October, I heard from my doctor. The implant was covered! The device and insertion would be free. Thanks, Obama.

I still feel the urge to randomly pull a Popeye, flexing my bicep, grabbing other people's hands, and making them feel the tiny matchstick just below my skin. I move it gently back and forth, its ends poking up through the skin like tent poles, then sliding back into place. It freaks people out, but I don't care. It's cool!

But there were more hurdles still: Most doctors don't keep insertion kits on hand. They have to be special-ordered like a prescription. Two weeks later, the kit arrived, and we scheduled my appointment. On the Tuesday before Thanksgiving, I finally walked into my doctor's office for the procedure.

"You're here for the implant?" the nurse asked cheerfully as she took my height and weight. "It really is the best and most effective method. You're gonna love it."

After months of anticipation, I was led into a big, bright exam room. The nurse and a doctor (not my normal gyno, but the one doctor in the practice certified to perform the procedure) told me to lie down on the exam table and extend my left arm, putting my hand behind my head. The doc measured eight centimeters from my funny bone, and put a dot. A few centimeters closer to my armpit, he put another dot.

Next, he cleaned the area with iodine (carefully avoiding my clean white shirt — a poor choice for Implant Day, I realized), and numbed the area with an injection of lidocaine. He poked the anesthetic needle in at the first dot, and moved it slowly between the dots, injecting along the insertion path. It pinched and burned a little, but within 30 seconds, the whole area was numb.

Next, the nurse handed him the insertion kit, which looks like a little stapler. It has a handle on top and a big needle underneath, pre-loaded with the implant. (I have Nexplanon — Implanon's kit just looks like a big syringe.) Gently, the doc poked the big needle into the dot, moving it along under the skin. I felt nothing. (And — I admit — saw nothing. I looked away.) Then, pulling back on a slider on the top of the handle, he retracted the needle, leaving the implant in place. "That's it!" he said.

The nurse wrapped my arm in a pressure bandage, which I had to leave on for 24 hours. It was tight and itchy. My makeshift Saran wrap shower cover did not work at all the next morning, and I went through most of the afternoon with a cold and damp upper arm. But when I took it off, the bruising was minimal — just a little splash of yellow between the dots. It was tender for a few days, but by the end of the second week, I had almost forgotten it was there.

Honestly, I would have forgotten completely about the implant if I wasn't so excited to tell people about it. I still feel the urge to randomly pull a Popeye, flexing my bicep, grabbing other people's hands, and making them feel the tiny matchstick just below my skin. I move it gently back and forth, its ends poking up through the skin like tent poles, then sliding back into place. It freaks people out, but I don't care. It's cool!

Just about a month in, I've had zero adverse side effects. My period showed up randomly one morning, but it was as light, manageable, and as short-lived as it ever was on the pill. My face broke out for a few days, then cleared up. I'm retaining less water, and I already have more energy.

Best of all, I have peace of mind. I know that my birth control is working, and will continue to work, with no effort on my part. I've made the healthy choice — the choice that's right for me. If I ever want to have it removed, I can (in theory) get pregnant the very next day. If not, in three years they'll replace it, and I'll go on not thinking about my birth control. For me, the implant makes for less stress and a better, more worry-free sex life.

I couldn't ask for anything more — except, maybe, that more women would also know they have the option.