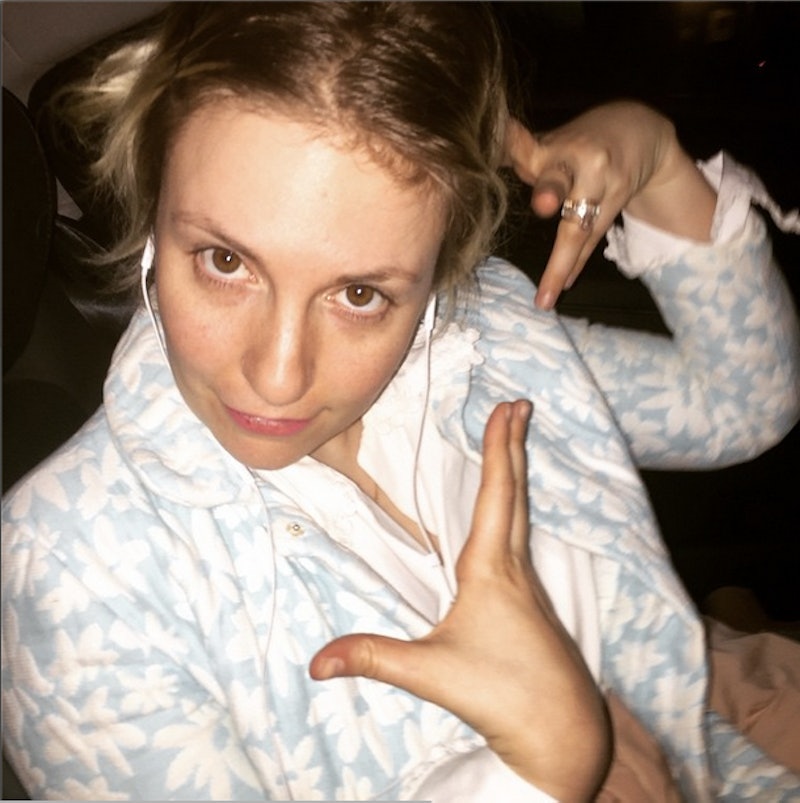 I don't know about you, but I'm glad 2014 is done. I'm looking forward to a fresh start both fun and fulfilling now that January is here. (Then again, I've learned enough over my many years not to leave rebirth in the hands of fate alone; she's a flighty temptress, that one.)

So, in the spirit of the Boy Scouts, and, I suppose, generations of practical people before them, I'm preparing myself for a 2015 that blows my expectations out of the water. I've purchased the obligatory month-long unlimited yoga membership (because I'm motivated, but not crazy enough to make a year-long commitment), I've stocked up on great reads from the good people at Prairie Lights (undoubtedly the best stocked bookstore I've been to in months), I've cleaned out and defrosted my freezer (seriously!) and in the spirit of wit, wisdom, and above all brevity I've begun bulking up my Twitter feed.

Now, truthfully, I don't tweet much myself — I'm more of a casual creeper in the Twitterverse, peeping in on what the funnier, cooler, much more in-touch crowd of daily users are doing — but I do appreciate a good tweet. And so, in the spirit of the those top-whatever lists that do seem to dominate the headlines this time of year, and my own personal attempts at growth, I offer you this list of 15 authors with Twitter feeds too funny, fresh, and absolutely fabulous to miss out on in 2015.

Canadian literary luminary and cultural icon Margaret Atwood is a force to be reckoned with on Twitter. Her topical tweets tend to focus on environmental initiatives and activism, but she never misses an opportunity to interact with fans in the digital realm. Stay informed and stay involved when you follow the incredible Ms. Atwood on twitter.

Lena Dunham might just be the love of my life (don't worry, my partner already knows...). In addition to playing the voice of our generation, or at least a voice of a generation on HBO's Girls, the witty, wonderful, shockingly talented Dunham is also a brilliant tweeter, offering up casual insights into the world of a contemporary creative professional, world-class humor, and style for miles in 140 characters or fewer.

There's nothing I love more than the inside scoop — seriously, offer me a backstage photo or sneak peak and I'm sold. So, as far as I'm concerned, Jackie Collins' Twitter feed is pure gold. Pulling together personal stories, candid moments, and regular updates on the status of new work, Jackie Collins' tweets truly have it all.

I find writers to be among the funniest people out there, and this isn't just anyone talking — you're hearing directly from a former cocktail waitress at Yuk Yuk's Comedy Club in downtown Vancouver. So, when I tell you that Neil Gaiman's Twitter feed made me spit my coffee all over my laptop this morning and start this piece all over again, you'll understand the full weight of my endorsement. Need I say more?

Where would social media be without the many millions of people who seem to be angling for immortality in the form of an inspirational bumper sticker? Seriously, though (snarky observational humor aside), sometimes we all need a little light in the cold, harsh atmosphere of the Twitterverse, and Paulo Coelho certainly knows how to bring on the brightness. With little pearls of wisdom and plenty of time for fans and followers, Paulo Coelho is a unique presence among the writers on this list.

Salman Rushdie is one of the steadiest presences I've found on Twitter, always ready with a kind word, and eager to take a stand on current events. For a bracing, opinionated addition to your feed, follow Salman Rushdie today.

You've got to love an author who's not afraid to let her claws show in the blinding light of social media superstardom. E.L. James is not only a bestselling novelist, but she's also a 3D chess phenom. If you want to learn more, there's only one place to turn, that's right my friends: Twitter.

If you like your daily doses of wit and wisdom with a little activism on the side, Joyce Carol Oates might just have the perfect tweets for you. Bringing together vital calls to action for causes worth considering and humorous anecdotes from daily life, there's a little something for everyone on the Joyce Carol Oates feed.

I don't like to play favorites (well, I don't like to tell people I play favorites, anyway), but if I were absolutely forced to pick my favorite from among the latest additions to my Twitter feed, I would have to go with Alain de Botton. De Botton's fesity little nuggets of wisdom offer the perfect blend of stories and sarcasm and pair well with a slanket and leftover eggnog, as well as pretty much everything else.

Ahhh, the authorial selfie, that most illusive of twitpics, found only (in my most recent random refreshing of my newly bulked up feed) on the playful page of Ian Rankin, along with some choice comments about brandy butter (which brings up a vital, albeit not totally topical question: what on earth is brandy butter?). For a PG-13 feel with more bite than your average brandy butter (I think?) Ian Rankin's Twitter feed is a must-follow.

Jennifer Weiner's musings on family, friendship, and the pitfalls of daily life are so refreshing that I simply can't get enough. If there were one writer I could magically compel to tweet more it would Jennifer Weiner, and I bet she'd have something hilarious to say about it.

With a Twitter handle like @augusten, you know the good mister Burroughs was an early adopter, and his tweets reflect a sensibility perfect for the medium. Then again, we are talking about a man who was raised by Santa.

Royal Greetings? Check. Pink hard hats? Check. What more could you ask for form a Twitter feed? Of course, Meg Cabot was a fanfiction phenomenon before she got into the professional writing game, so she's clearly got the Internet on lockdown.

Joanne Harris might not have any business sense but she sure knows how to craft a tweet (and how to plan a desperate getaway). For advice, for a laugh, for a phenomenal way to procrastinate, there's nothing like Joanne Harris' twitter feed.

If you're a fan of Gary Shteyngart's blurbs (and, let's be honest, who isn't?) you're in for a real treat in the form of some truly superlative tweets. Funny, sweet, and resoundingly accurate, you'll find yourself refreshing your feed regularly for more gems from this literary genius.