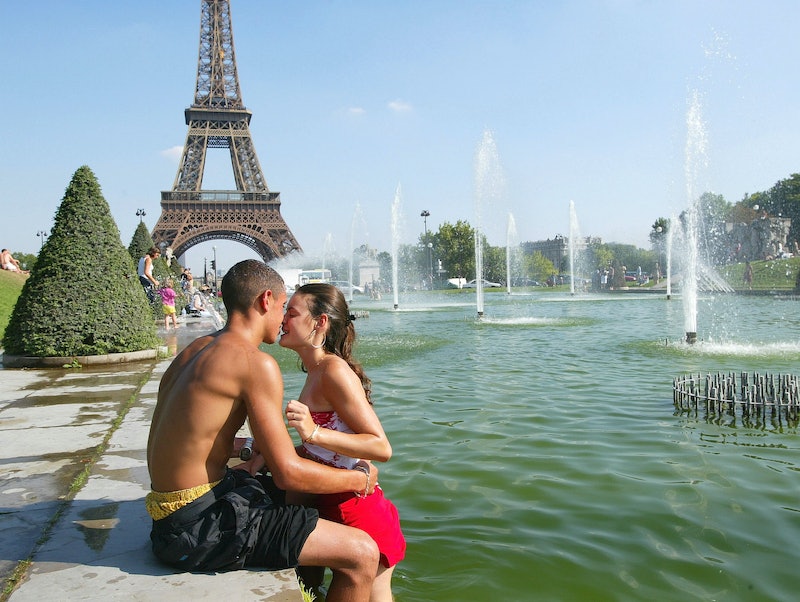 Another day, another scientific progression questioning all that we thought to be true in the universe. New research suggests opposites don't attract as we'd thought; couples are actually much more likely to remain coupled if they have the perfect cocktail of similarities and differences.

Speaking of couples, there are two kinds of them in this world: those who pride themselves on shared interests, personality traits, and priorities, and those who have nothing in common but a few goals, duking it out on the regular but probably having awesome...discussions.

I've made the point before that I do, in fact, believe that opposites attract and there have been studies to support this notion. The rudimentary idea is that, in life, we're searching for our other half, not another version of us. In theory, this other half would fulfill us in ways we can't so readily fulfill ourselves; we're drawn to them because we see a trait they have and we are lacking that has the potential to make our lives better or easier in some way.

This dynamic, or "tension of the opposites," legitimately works for some people and I'm certainly one of them; still, this new research suggests that for the most part, couples have a better shot at maintaining a relationship when they're alike "in terms of agreeableness" and as long as they're in the same ballpark when it comes to "emotional stability."

Synonyms for "agreeableness" include: delightful; enjoyable; mild; pleasant. Which basically means that you can be totally unpleasant as long as you're totally unpleasant together. See? Everyone can have love! You just have to put up with one another.

Funny enough, not all traits are born equal in the mating game; according to the research, carried out by relationship researchers Nathan Hudson and Chris Fraley, "sharing the traits of extraversion, conscientiousness, and openness did not predict relationship satisfaction."

This would, in turn, suggest that not only is everything we know to be true about relationships a lie but that as long as you're both capable of equal measures of grump, it's totally cool to pair an introvert with an extrovert, someone oblivious with a self-aware partner, and somebody totally closed-off with someone completely open. Just as long as you're both emotionally stable, you can make it work.

I'm not sure the research has revealed much more than that as long as you really want something to work, you can make it happen. So, great news, really. We're all much more compatible than previously thought.