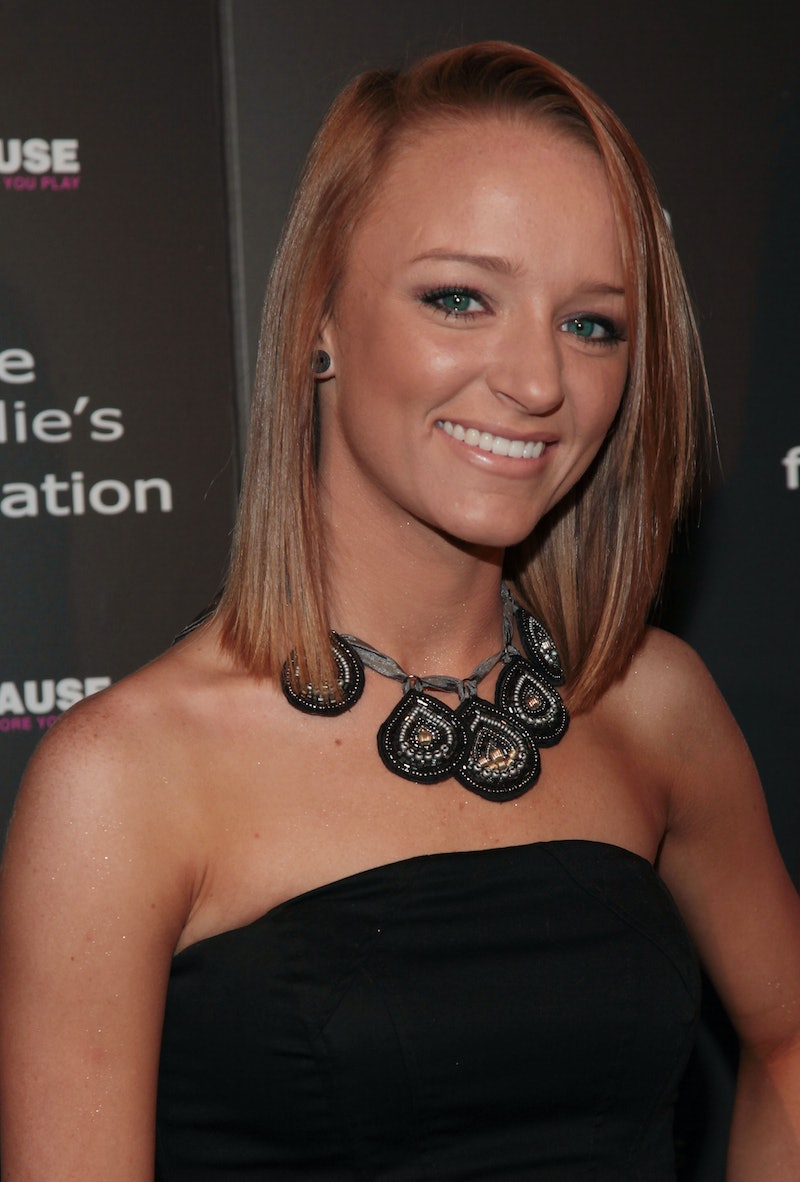 Attention Teen Mom fans the world over! Wonder child Bentley is gonna have a half brother or sister!! OG 16 and Pregnant star Maci Bookout is pregnant with her long-term boyfriend Taylor McKinney. Who is Taylor McKinney, you ask? Other than the fact that he his name is almost identical to the name of Lady Gaga's boyfriend Taylor Kinney, what do we need to know about him?

In a story published on Monday, the MTV reality star confirmed to Us Weekly that she was expecting her second child with her motocross rider boyfriend. It's been six years since Bookout appeared on the first season of 16 and Pregnant , while she was expecting her first child, Bentley, with former fiancé Ryan Edwards. Edwards' and Bookout's relationship carried over onto wildly successful 16 and Pregnant spinoff Teen Mom , but they called off their engagement during the show's run. If you'll remember, Edwards and Bookout got involved in a pretty messy custody battle over Bentley after they broke up. After Edwards failed to gain custody, he didn't pay child support. Needless to say, Bookout deserves a decent guy after all that mess.

Luckily, it seems like she may have found one. According to Hollywood Life, Bookout and her motocross racer beau have been together for two years. McKinney has reportedly been involved in 6-year-old Bentley's upbringing thought their relationship, and they've been doing the long distance thing thus far.

Bookout lives in Tennessee, and McKinney in Dallas, but earlier on this year, the 25-year-old Texas native moved into Bookout's place and took things to the next level. Well, he definitely sounds like he's serious about becoming a part of her and Bentley's family.

Just taking a quick visual scan of his Instagram, it would appear that he's serious about fatherhood. Check out him and Bentley taking in a baseball game and spending some quality time.

He also takes him BMX riding... Talk about a COOL stepdad, RIGHT?!

Beyond bonding with Bentley, McKinney and Bookout still find time to hang out and be silly together. Observe the above video of jumbo Jenga and tell me that's not some good clean fun.

They even go to destination weddings together... GAWW!

That's what you call a happy family, y'all. Here's to adding more children to this photo!

More like this
Taylor Lautner Thought Taylor Swift's 2009 VMAs Interruption Was A "Skit"
By Alyssa Lapid
Taylor Lautner Copped To Finding Jacob "A Little Annoying" In Twilight
By Stephanie Topacio Long
Twitter Is In Awe Of Taylor Swift’s “Lavender Haze” Music Video
By Jake Viswanath
Watch Kelly Clarkson Sing A Taylor Swift Breakup Song About A Toxic Relationship
By Alyssa Lapid
Get Even More From Bustle — Sign Up For The Newsletter
From hair trends to relationship advice, our daily newsletter has everything you need to sound like a person who’s on TikTok, even if you aren’t.