As we head into 2015, we all must prepare ourselves to bid adieu to one of the most beloved shows on television, and to the very particular cast of delightful actors who make it up. Parks and Recreation already wrapped filming (very tearfully for everyone involved), but the final season hasn't even premiered for the masses yet. In other words: We've still got a lot of goodbyes left, including but not limited to a new video in which Amy Poehler, Chris Pratt, Adam Scott, and the rest of the Parks and Rec cast attempts to "recap" the entire show so far in 30 seconds.

It should be noted that the cast does not go super literal with their recap — they pretty much just start making stuff up, though the thing about Jerry/Larry/Gary/Terry's penis is canonically true. Amy Poehler, also, has a nice little video that is mostly true that you can watch over at Entertainment Weekly as it's sadly not embeddable.

Parks and Rec has gone down so far as one of the most benevolent sitcoms out there. Aside from poor Jerry/Larry/Gary/Terry the humor is frequently kind, the show's protagonist is a ray of hyper sunshine, and everyone loves each other a lot — even April. So as Parks and Rec starts its journey to leaving us, it's only fitting to spend some time reliving some of the good times they've given us as a cast.

Or When Aziz Ansari Pretended To Be British

When They Celebrated Their 100th Episode 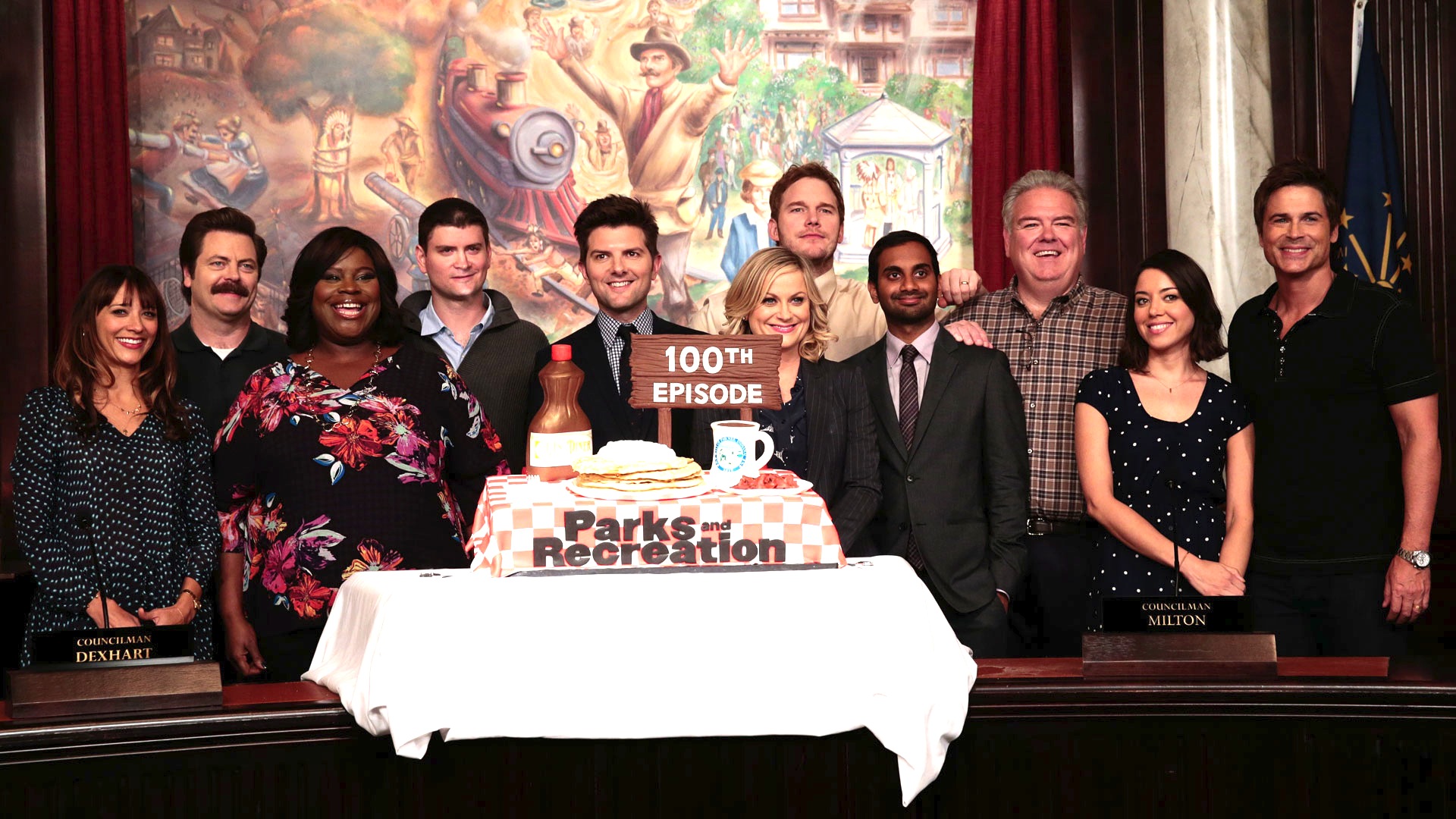 When Chris Pratt Sang At the Wrap Party