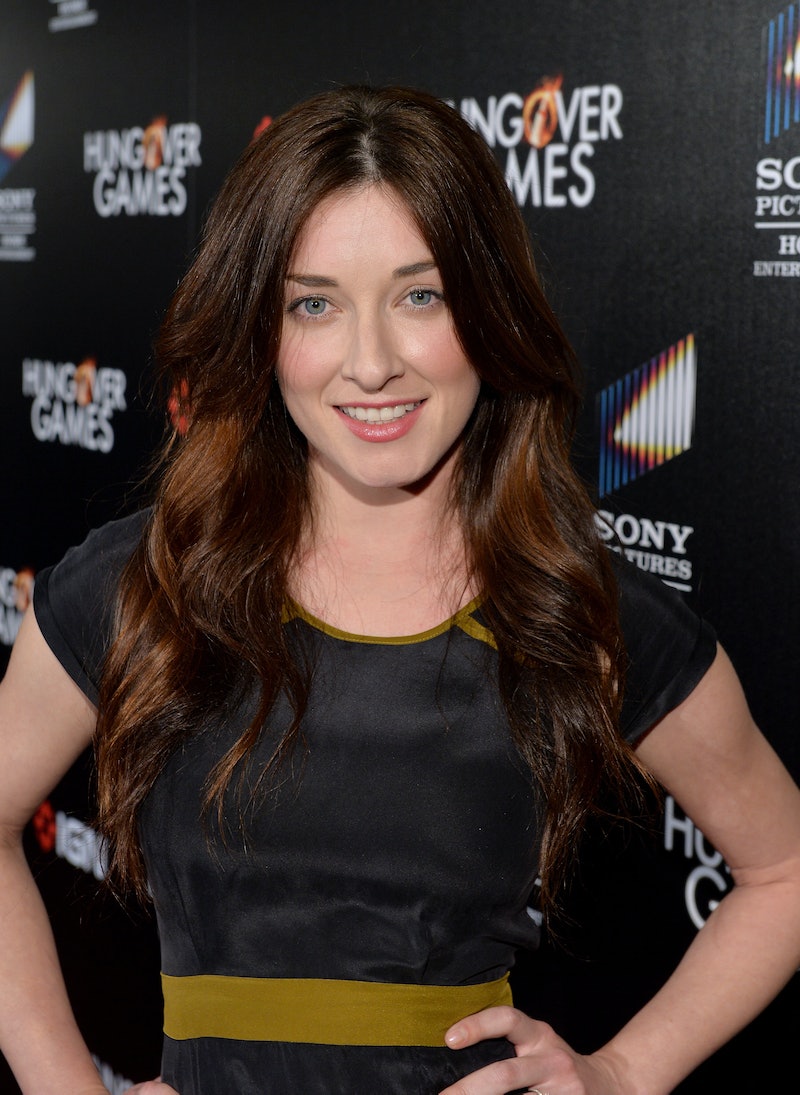 Every time I hear about Shia LaBeouf's latest, crazy antics, I love to think of a Shia from a simpler time. No, I'm not talking about Transformers. I'm referring to one of my favorite shows growing up, Disney Channel's Even Stevens, which was one of the coolest, cleverest, and severely underrated kids' comedies out there. Thankfully, ABC Family is letting us close out 2014 by bringing back the Disney Channel classics of the aughts, including classic episodes of Even Stevens on Wednesday night. That means for one night only, LaBeouf will be back on our TVs as Louis Stevens, along with his sister Ren, and his gal pal-turned girlfriend Tawny Dean, played by Margo Harshman — who is still totally acting in a bunch of hits.

While LeBeouf's got his antics, gothy girl Tawny's portrayer Harshman has grown into a TV character actress since Even Stevens ended. The now 28-year-old actress has racked up guest appearances on The Big Bang Theory, NCIS, Without a Trace, Grey's Anatomy, Boston Legal, Everwood, 90210, Modern Family, House, and Bones. She's also had several big-screen roles in feature films.

Here's where you may have seen a grown-up Tawny — I mean, Harshman.

In Season 6 of The Big Bang Theory, Harshman played the infamous Sheldon Cooper's assistant, Alex Jensen. Sheldon doesn't let Alex do much, but she does harbor an attraction to his roomie Leonard. Meanwhile, Raj is totally into her. Complicated, much? Well, not too much — Harshman's arc only lasted for six episodes.

The actress currently recurs on NCIS as Delilah Fielding, an expert in counter-terrorism in the Department of Defense and the girlfriend of Agent Timothy McGee. Fielding was injured pretty badly at a black tie gala that was attacked by an aerial drone in the Season 11 premiere and is now paralyzed, but has been progressing well with her wheelchair.

On the Big Screen

In 2008, Harshman starred in College Road Trip with two other Disney Channel alums: That's So Raven's Raven Symone and The Suite Life of Zack and Cody's Brenda Song. The trio play teens going to visit various colleges in the comedy, which also features Martin Lawrence and Donny Osmond as parents. She also had parts in the films Sorority Row, Fired Up, and Keith, starring Jesse McCartney.

Since Even Stevens, Harshman has had a few gigs as a series regular on short-lived comedies, such as NBC's Amanda Peet-starrer Bent in 2012, The WB's Run of the House in 2003, and the CBS John Goodman series Center of the Universe in 2004.

In 2006, Harshman had a very memorable guest appearance on Grey's Anatomy as the daughter of two parents who get, ahem, stuck having sex and need the doctor's help getting unstuck.

But none of these roles quite top Tawny Dean.