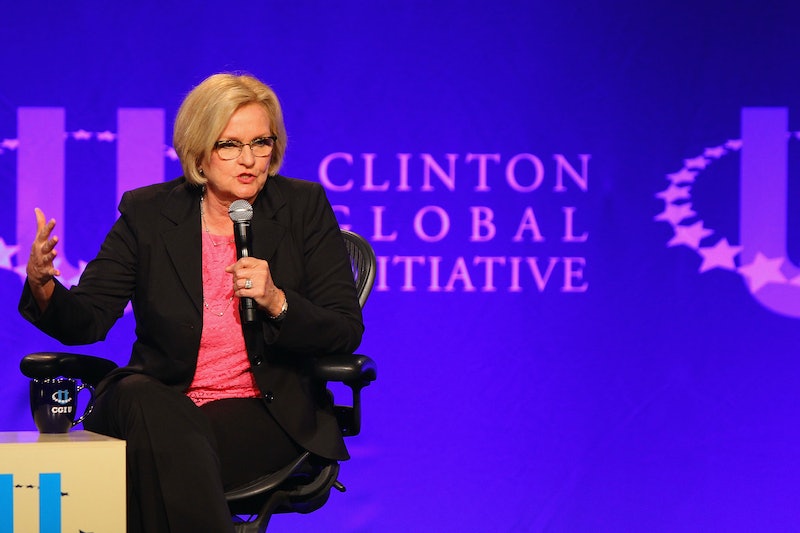 The Ready for Hillary PAC website currently features this image of Senator McCaskill in its rotator:

“Hillary Clinton had to give up her political operation while she was making us proud, representing us around the world as an incredible Secretary of State, and that’s why Ready for Hillary is so critical,” McCaskill said. “It’s important that we start early, building a grassroots army from the ground up, and effectively using the tools of the Internet – all things that President Obama did so successfully – so that if Hillary does decide to run, we’ll be ready to help her win.”