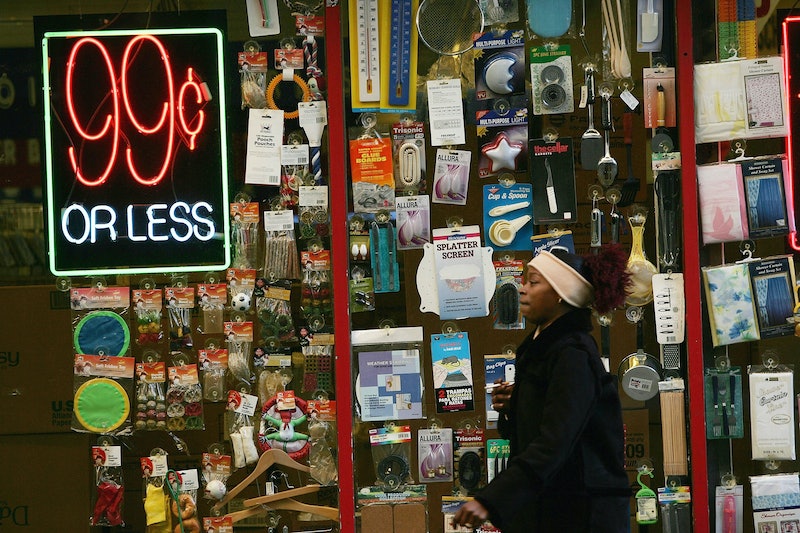 There's something to be said for a world in which a clearly troubled child can destroy a dollar store while adults follow him around filming and laughing, rather than actually trying to do something productive, like, I dunno, helping the little guy. The video in question features an angry little boy, if I had to guess around 10 or 11 years old (although that is completely unclear and based entirely on my questionable ability to judge age), seemingly without parents, utterly enraged and taking it out on a dollar store. The boy pulls things off shelves and throws them on the ground, just being completely wantonly destructive on all counts. Several times when store employees and even the camera man approach him, he threatens them verbally and by throwing objects from the shelves at them. The whole time, the camera man laughs at him and makes jokes at his expense, and other adults mill about aimlessly. No one seems to do something in the kid's interests like potentially calling the police or locating his parents.

The video ends with the child being manhandled by what appears to be a store employee and dragged out of the store and into the parking lot. I totally get that the kid was being a little monster, but he's still a kid, and I genuinely think that in this instance the adults around him failed to act like adults. There was no reason the kid should have been allowed to rampage for as long as he did. No reason he should have been mocked. And no reason why he should have been handled so forcefully at the end. Argh. It drives me mad. Surely there are more socially responsible, mature ways to deal with troubled kids? Using them to create viral videos not being one. Watch below, be disgusted at grown ups.