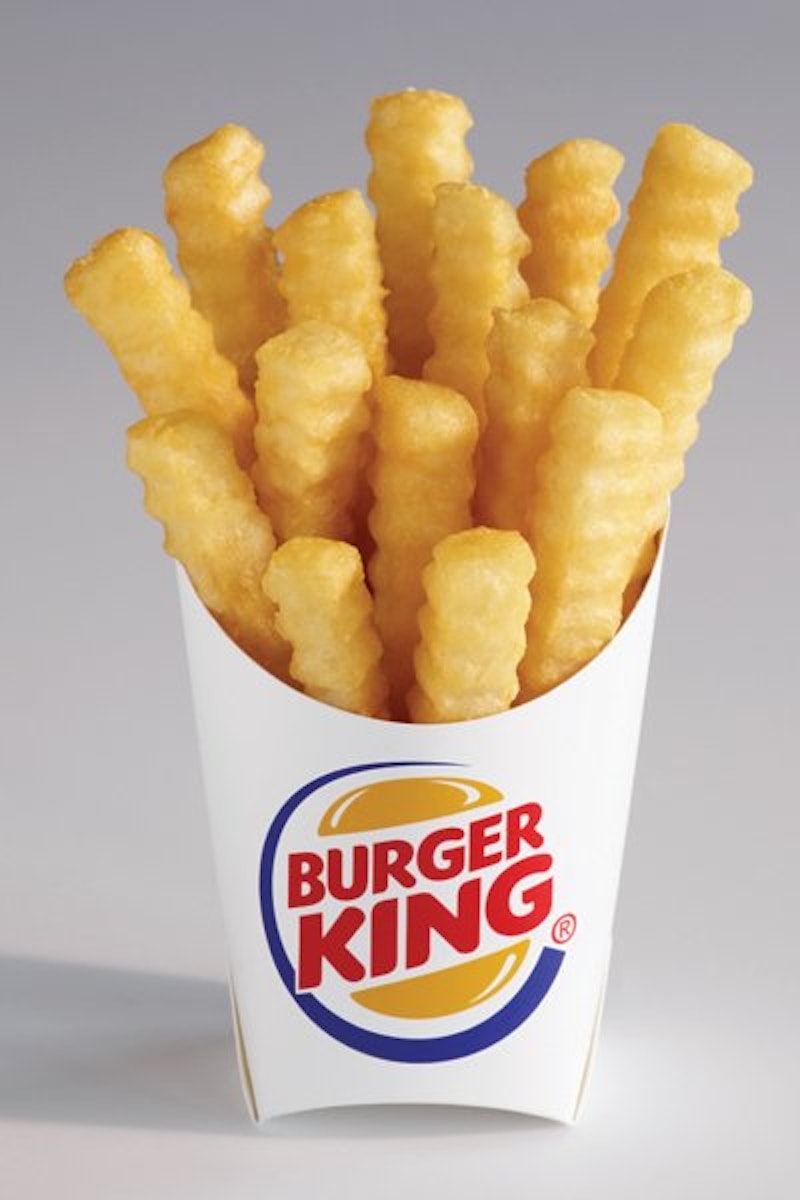 See how they did that? It's called a pun.

How does this work? It’s a matter of engineering. You may think of French fries as a simple matter of potatoes meeting fat at high temperatures. But there’s an intervening force in many French fries, especially those that are produced on an industrial scale: a coating, a batter that can add or lock in flavor. And the innovation here, which took 10 years of research and development on two continents, is in the batter. There’s something about the makeup of the batter that ensures the potatoes absorb less oil even while producing the desired crispy/fluffy contrast between outside and inside.

Yup, that's right, this feat of engineering took 10 years of research. If there's one thing we all know about eating healthy, it's that the most nutritious foods take 10 years to develop in a lab. But what about that dehydrated potato taste? Gross reports:

I tasted the crinkle-cut fries. And then I tasted them again. Not wanting to be rude to my hosts, I finished the small box in front of me, and then sampled a few more as I took notes. The fries taste good. They’re crispy. They taste potato-ish, like good fast food fries should.

More like this
Why Air Squats Are The Ultimate Lower Body Move
By Carolyn Steber
10 Pumpkin Recipes That Are Way More Creative Than Pie & Lattes
By Rebecca Deczynski and Alexis Morillo
On TikTok, Tinned Fish Date Night Is The Latest Viral Food Obsession
By Emma Carey
The 8 Best Fridge Organizer Bins To Tidy Everything From Produce To Drinks
By Rachel Dunkel
Get Even More From Bustle — Sign Up For The Newsletter