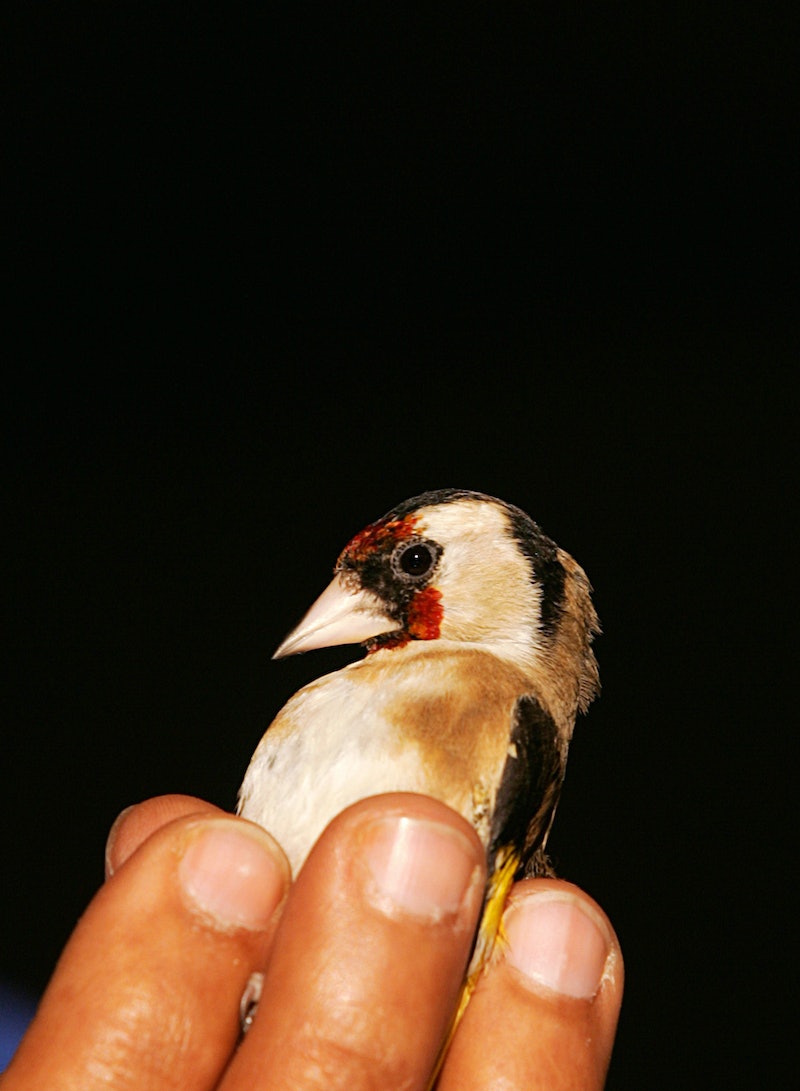 We've all been there — it's 3 a.m., hopefully on a Friday, not a Tuesday, and you're mumbling to your friends that your fifth dirty martini tastes "namazing." It appears that the same effect takes hold of our fine-feathered friends when they imbibe. Scientists in Oregon discovered that birds slur their song when drunk, in much the same way humans slur their speech when we're intoxicated. But what does this prove besides the fact that small winged animals can't really hold their liquor? According to the scientists, birds learn to sing the same way humans learn to talk, so studying alcohol's effect on birdsong could lead to important revelations on how it affects human speech.

For the study, which was published recently in PLOS ONE, researchers from the Oregon Health and Science University essentially met up with some zebra finches and got them hammered. Zebra finches were chosen because the species is "a premier model for understanding the neurobiology of vocal production and learning" and they "learn song in a manner analogous to how humans learn speech." Also, zebra finches are probably happy drunks and act all adorable when they're wasted.

To get them drunk, lead researcher Christopher Olson and his team swapped the birds' water with spiked juice. Olson explained to NPR's All Things Considered:

We just showed up in the morning and mixed a little bit of juice with 6 percent alcohol, and put it in their water bottles and put it in the cages. At first we were thinking that they wouldn't drink on their own because, you know, a lot of animals just won't touch the stuff. But they seem to tolerate it pretty well and be somewhat willing to consume it.

Unlike the uptight warbler, zebra finches know how to party.

When the birds had reached 0.5 to 0.8 percent blood alcohol levels, their songs became noticeably slurred as they became tiny hot messes. The study describes the effect:

The most pronounced effects were decreased amplitude and increased entropy, the latter likely reflecting a disruption in the birds’ ability to maintain the spectral structure of song under alcohol.

In other words, their song became quieter and slower, or as Olson described, "a bit less organized in their sound production."

However, the scientists also discovered that not all syllables in the finches' songs were equally affected. Each syllable has "distinct acoustic structures" and were impacted differently by the alcohol, "reflecting a diversity in the neural mechanisms required for their production." Meaning alcohol affects certain parts of the brain more than others, and the sounds produced by those areas will have a more slurred effect. I'm not a scientist, but I'm going to venture to guess that the part of the brain that drunk people use to sing Natalie Imbruglia's "Torn" at karaoke is one of the more-affected areas.The scientists plan on studying these effects further, as well as how alcohol could influence a bird's ability to learn new songs. Let's just hope that in between the studies, they give the birds some Gatorade to rehydrate.