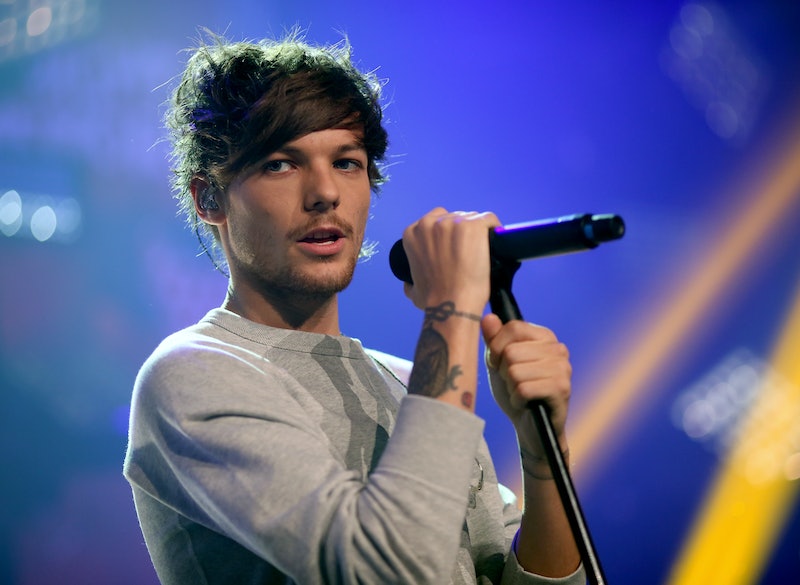 One Direction bandmate and heartthrob Louis Tomlinson is best known for crooning along with his group onstage, stealing fan's hearts with sweet and sensitive tunes. But what some fans might not know is that Tomlinson is just as heavily focused on his family as he is on his hit music, if not more so. Louis Tomlinson is the eldest of seven siblings, has proven time and time again that he cares deeply about his sisters and brother and putting his family first above all else, despite the extremely busy schedule that comes along with being one-fifth of one of the hottest pop acts around.

Whether this means rushing to be by his mother's side when she gave birth to twins in February or taking it upon himself to defend his sister against a gross online stalker, the 23-year-old singer obviously wants his family to always know where his priorities lie. And it seems like he is not afraid to let the rest of the world know about his steadfast dedication and loyalty either. Now that's love!

After Tomlinson made it a point to be at his mother's side when his baby brother and sister were born, he was reportedly "over the moon" when he first met the latest additions to his family, Ernest and Doris.

"Family is massively important to him so he was made up that he was not abroad and was able to meet them so soon after they were born," a source told The Sun. "His sisters mean the world to him so he’s delighted to have two more siblings to spoil."

Judging by a picture Tomlinson posted to Twitter with Ernest in July, it looks like that's exactly what he has been doing.

But he does more than spoil his siblings — he also protects them from danger. When Tomlinson found out a 24-year-old man had been allegedly barraging his younger sister Lottie with inappropriate texts and tweets, he reportedly confronted the creep head on, letting him know that he better not even think about attending the concert held later that day.

His most recent public display of family love was on Twitter early in December, where he did a shout-out for his "great nan" on her birthday. It's very sweet, but entirely unsurprising. Fans should look forward to more family-focused moments sure to come in 2015!