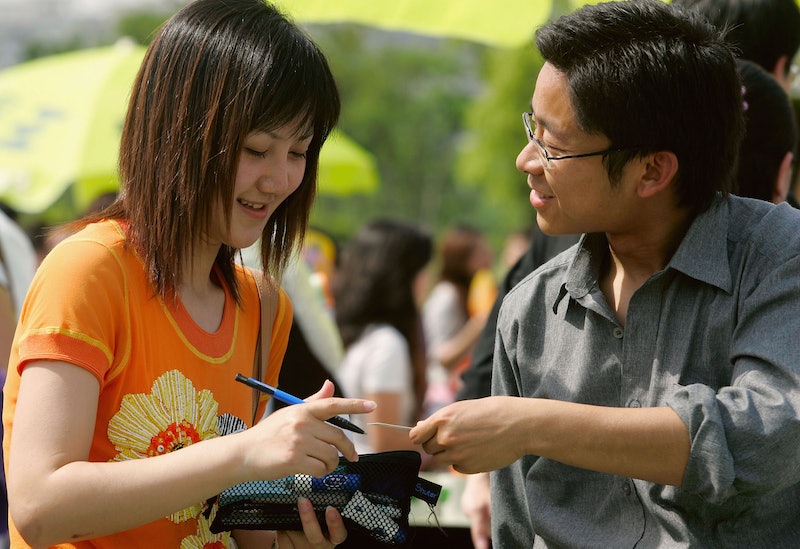 The world of dating is very weird and full of strange, ever-changing, and often conflicting rules — but one particularly widespread and persistent rule remains the idea that women shouldn't ask men out because patriarchy or else guys don't like it or something. But if you're wondering how true that really is, you should check out Buzzfeed's videos "Can a Woman Ask a Guy Out?" which present the issue from both male and female perspective.

Whether you're dating online or meeting people in person, it can be hard to be the one who makes the first move — whether you're a man or a woman, putting yourself out there is intimidating. But in our society, in which men are seen as "pursuers" and women are these weird trophy-things that are supposed to be pursued, it's customary that only guys do the asking out.

In these two Buzzfeed videos, one featuring women and the other featuring men, millennials share their feelings on women asking men out. And as might be expected, both women and men have a wide variety of opinions on the subject. Some people of both genders are down for it; others are less enthusiastic. And though several of the women in the video were very open about their love of asking guys out, it seems that not many men have actually had a woman ask them out.

Patriarchal norms, they change slowly, but change they do.

And here's the gentlemen: