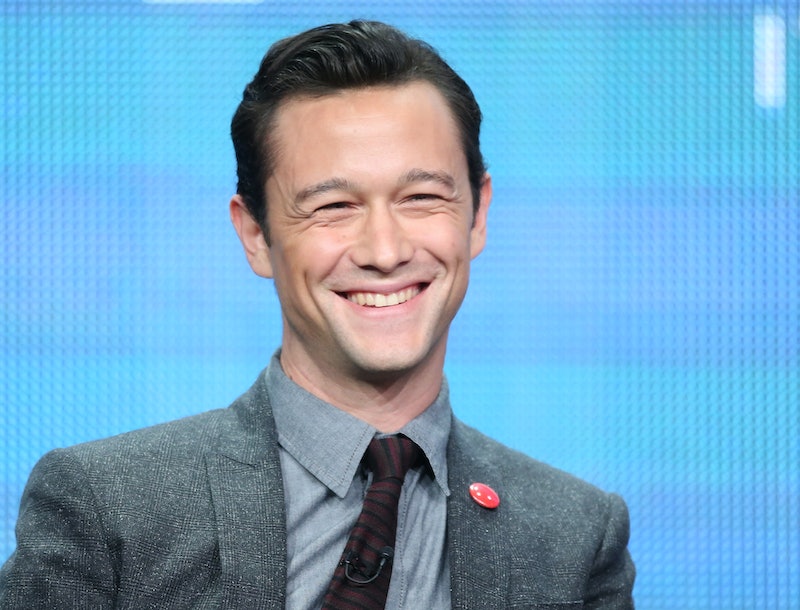 Well, this really came out of nowhere. According to Us Weekly, Joseph Gordon-Levitt got married. And, not only that, his rep has confirmed the news. This isn't just some crazy rumor sent here to ruin your New Year's Eve. Also, I retract my previous statement. This probably didn't come out of nowhere for him, but it definitely did for fans. I mean, did you even know he was engaged?

So who's the lucky lady? If you follow your JGL news, you know that he's been in a relationship with Tasha McCauley for some time now. McCauley works in tech for a company called Fellow Robots. Yes, she works with robots and got married to Joseph Gordon-Levitt. I'd say that's a pretty cool life.

Reportedly, the couple wed on Dec. 20 during a ceremony at their home. Sounds quaint and super secretive. I would expect nothing less considering the lack of their relationship in the public eye. The actor has rarely spoken about McCauley publicly, but did once during a 2013 interview with Howard Stern and said, "I have a girlfriend but I tend not to really like to talk about it in public. The girl that I'm with, she really doesn't want to be a part of that."

Well, seems like she's doing a pretty good job of that! Anyway, congrats to the happy (and very sneaky!) couple!

More like this
Martin Hancock’s Wife Played A Key Part In His Return To 'Coronation Street'
By Catharina Cheung
Selena Gomez Is Fine Being Single, But She Still Manifested Romance On 'SNL'
By Martha Sorren, Jake Viswanath and Jack Irvin
Why Sara Pascoe's Husband Is Familiar To Comedy Fans
By Alice Broster
Kendall Jenner & Devin Booker Reportedly Broke Up After 2 Years Of Dating
By Jordyn Tilchen
Get Even More From Bustle — Sign Up For The Newsletter