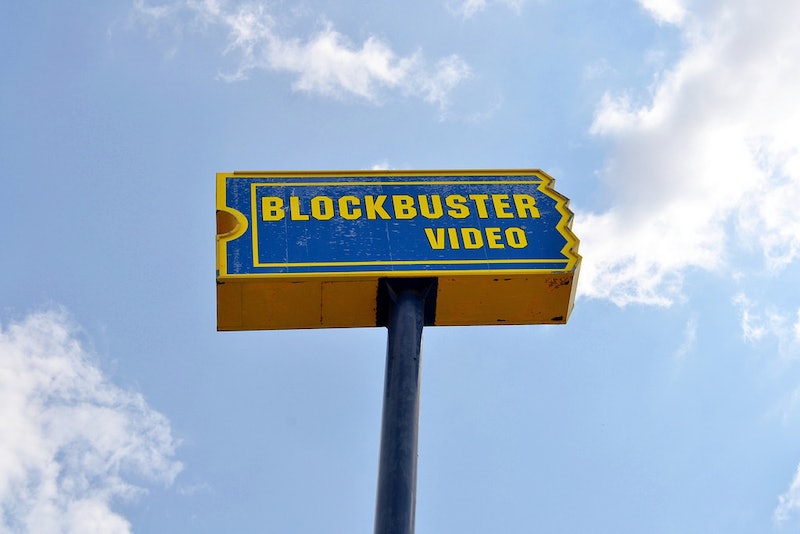 It was big news when Blockbuster filed for bankruptcy back in September of 2010. Since then, almost all of its locations have been shuttered — but what have all those former Blockbusters become since their closure? This question recently became the subject of one of the most bizarrely fascinating AskReddit threads I’ve ever read; the answers are as varied as you probably think they are, with some of them being quite surprising indeed.

I was living in New York City when the big bankruptcy filing happened, so I has already grown accustomed to the lack of Blockbusters and other video stores (Netflix had long since cornered the market for city folks’ movie rentals). There were still a few in New Jersey where my boyfriend lived, though; periodically we’d drive by one and stop when we realized they were selling off their inventory for cheap. Alas, what most of them turned into afterwards turned out to be pretty mundane: Subways, Dunkin’ Donuts/Baskin-Robbins combinations, and other pseudo-fast food joints.

According to thatguyuno’s AskReddit thread, though, a number of former Blockbusters have become some pretty interesting things. Here are some of my favorites; check out the whole thread for more.

A lot of them seem to have become dollar stores, actually; this was but one in a sea of virtually identical answers.

And by “superstore,” we mean a wall of sad-looking, pre-packaged, over-priced costumes and a few pans of face paint.

The kicker is when the older building stands vacant, and yet developers keep tearing down trees and constructing new buildings no one needs around it. As another Redditor put it:

Way to protect the environment.

I wonder if it had anything to do with “Internet people?”

6. The Same Thing, But Different

I’m all for supporting locally owned businesses, but something tells me this one is doomed to fail.

That’s actually pretty awesome. Score one for your town, FlyGuy302.

8. A Place to Get Your Car Fixed

11. A Place That May or May Not Be Teeming with Bed Bugs

Uh… I’ll pass, thanks. Although I hear they’ve been working on a secret weapon aimed at eradicating bed bugs once and for all, so hoorah for that!

You win, sportscrazed2. You. Win.

Apparently they still exist in some places. Who knew?

More like this
Michael & Kathleen Peterson’s House From ‘The Staircase’ Has New Owners
By Kadin Burnett and Kayla Blanton
9 Films About Mental Health To Watch On Netflix UK
By L'Oréal Blackett and Sophie McEvoy
What’s New On Netflix: A Victoria Justice Rom-Com & The Return Of David Letterman
By Arya Roshanian
'Doctor Who’s New Star Is Already Huge On TikTok
By Maxine Harrison
Get Even More From Bustle — Sign Up For The Newsletter