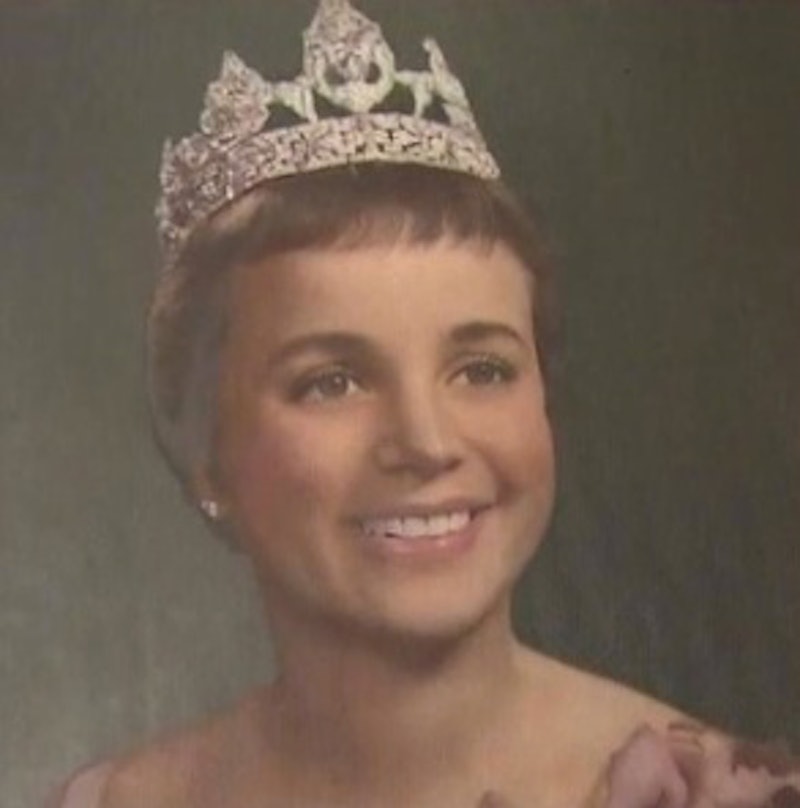 So, how's everybody feeling? That was a mighty festive New Year's Wednesday night, and Thursday morning, the celebrations continue! The annual Rose Parade is happening in Pasadena, boasting floats and revelers galore in advance of the big Rose Bowl football game in the afternoon. And if you're looking for a heartening tale to kick off your New Year, this parade has you covered — 82-year-old Joan Williams is riding in the Rose Parade, 57 years after racism cost her the honor. In other words, 57 years too late, but just in time.

Williams was just 27 back in 1958, when she was named "Miss Crown City," and awarded all those ceremonial responsibilities that come with such a title — ribbon cuttings, meet-and-greets, and most visibly of all, a spot at the head of the Rose Parade. As Williams told the Washington Post, it wasn't acclaim that she actually sought out, as a co-worker put her name forward for the honor without her realizing it.

But she was thrilled just the same, until the city's revelation of her race derailed everything. Williams is black, but very fair-skinned, so much so that none of her colleagues at City Hall, where she worked as a clerk, were aware. But when a local reporter went to Williams' home, and met her darker-skinned husband and their children, things changed abruptly.

According to Williams, she was soon told she wouldn't get to ride in the parade as planned, with a rather dubious excuse — the city of Pasadena neglected to include a float for her that year, so she was out. At the time, Jet Magazine detailed her plight.

... when word spread that light-complexioned Mrs. Williams was a Negro, fellow employees in the municipal office where she works as an accountant-clerk suddenly stopped speaking to her. And Mrs. Williams did not ride on a float, because the City of Pasadena neglected to include one in its own parade. Too many others were already entered, explained an official.

As if to drive home the point, according to the Pasadena Star News, when a photographer from Jet wanted to snap a photo of Williams with the Mayor at an outdoors work function, he refused. Williams told the Star News that the entire ordeal "was one of the first times, as an adult, I began to grow up and realize what racism is. You can imagine the slap in the face that is."

Awful, right? Well, while there's no way to fully remedy that particular injustice retrospectively, the city of Pasadena decided 2015 would be a good time to try. So Williams is now riding at the very front of the Rose Parade, and has also received a letter from current Pasadena Mayor Bill Boggard, apologizing for past wrongs.

And according to the Washington Post, Williams got the honored welcome she deserved when she headed to the pre-parade float area Wednesday morning, as she was greeted and received warmly by the crowds.

They wanted to shake my hand, to give me a hug and they said such kind things. I hope by the time [my great-grandson] reaches my age, he and his generation will not have to put up with the things people have had to deal with. It’ll be a better world for all of us.

More like this
How The City Healed Five Years On From The Manchester Arena Attack
By Ella Glover
Jake Daniels Just Became The UK’s First Active Football Player To Come Out As Gay Since 1990
By Sam Ramsden
What Is Jeanie Buss' Net Worth? The Lakers President Is Uber Rich
By Hugh McIntyre
Michelle Williams Reveals Sweet Way Jeremy Strong Helped After Heath Ledger Died
By Nola Ojomu
Get Even More From Bustle — Sign Up For The Newsletter