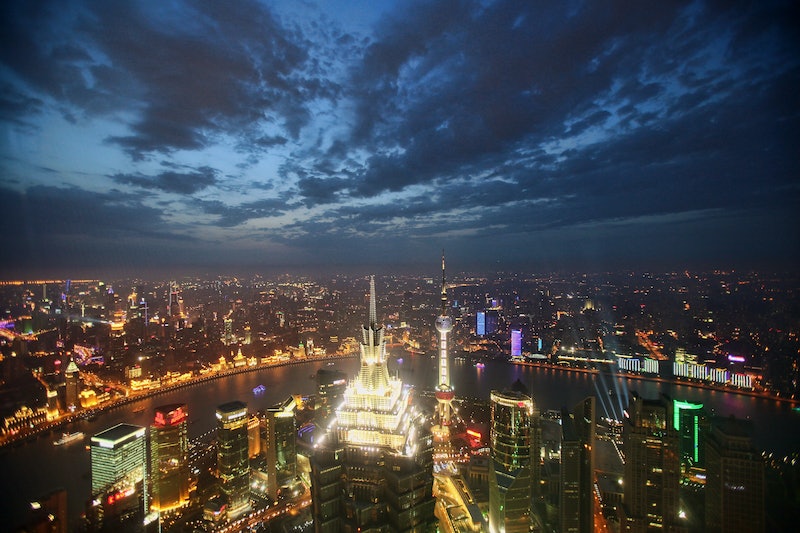 Well, this is awful. According to multiple news outlets, something went horribly wrong in the most populous city in the world Wednesday night. There

was a New Year's Eve stampede in Shanghai that killed 36 people, a horrifying death toll that's cast a pall over the start of 2015. Another 43 people were injured in the grisly incident, and memorials took place Wednesday morning where the tragedy occurred, at the city's Bund waterfront district.

It's yet unclear how exactly the lethal stampede got started, but there's always a perilous potential for this sort of thing when huge masses of people are cramped up against one another, and suddenly need to move. The history of harrowing trampling deaths, at Black Friday retailers for example, somewhat speak to this reality. According to Reuters, however, Chinese authorities have specifically denied at least one rumored cause — they've denied that the rush was caused by someone throwing fake money off a nearby building.

As detailed by Voice of America, the deputy director of the Huangpu Public Security Bureau Command Center, Cai Lixin, gave a broad description of how things went south. In short, he said a crowd of partiers on a stairway began moving in opposite directions, pushing into each other and setting the stage for the horrible situation.

In The Guardian, a witness to the events named Huang painted a grim, foreboding picture of a packed public space, spiraling out-of-control in slow motion.

When I looked back I saw the older men shouting. People at the front began to get angry. They shouted back: “Stop squeezing us, if you want to be in front, you have to come earlier – you’re in the back, which means you came late." At that moment, we didn’t feel right – like we didn’t want to be here.

The situation is obviously a high-profile catastrophe, and China's President Xi Jinping has already called for an investigation into precisely what happened, and Shanghai's Communist party secretary Han Zheng has taken up the cause, appointing a working group to look into it. Regardless of whatever is found, however, this much can be said for a certainty — something really awful happened last night, on the same occasion that much of the world was partying. If you've got the time in his early new year, it's worth paying a moment of somber remembrance.