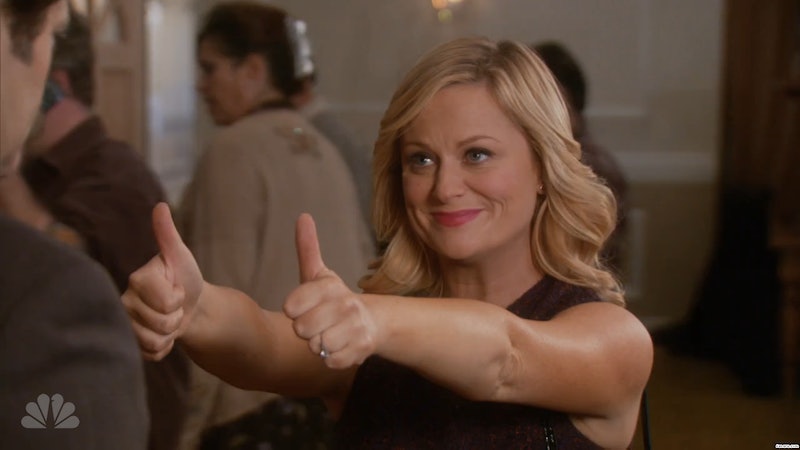 Let's be real: Unless your job is something like a miner or sculptor, at least seventy percent of what you do involves emailing (and even if you are a miner or sculptor, I'm guessing there's a hell of a lot of emailing involved in those professions these days too). Add "general life admin" to that, and email becomes an undeniable necessity in your everyday life. Whether it's answering your boss (or the person you'd like to be your boss), your Internet service provider, the person you're dating (or the person you're trying to date), emailing can get pretty stressful. As a result, it can be easy to send things you regret sending, or that aren't as eloquent as you might have hoped they would be. BUT NEVER FEAR, BECAUSE KAT IS HERE. I am really good at sending out emails. You know why? Because I've sent out a lot of bad ones. And, if you're to believe everything Beyoncé says, every mistake is just another opportunity to learn.

So if you're nerve wracked over the idea of emailing, take a big breath in, and trust me when I say it's not as hard as you might think it is. It's actually EASIER than you think. There's no precise science to it, but there are steps you can take to make sure you're not sending out complete nonsensical drivel. It's as simple as a spell check and a proof read, and a few little rules about complimenting and never apologizing for your questions. Here are eight simple things you can do to instantly make your emails smarter and more professional.

I once had a boss who overheard me on the phone to a vendor saying, "I was just calling up to ask..." She stood over me for the rest of the call, and when I got off the phone the first thing she said to me was "You're never 'just' doing anything. You're doing it. No just." She told me that "just" was wishy-washy, and not authoritative, making me seem like I was somehow apologizing for whatever question I had. She said that in business, it was unnecessary to make apologies when working with a client for a mutually beneficial goal. And she's right. Saying "just" in an email (i.e., "I'm just emailing to see if you have those reports") sounds a lot like a passive apology for asking for a perfectly normal thing to ask for in a professional context. It's like your mom caught you with your hand in the cookie jar and you stammer out an "I was just looking to see what was in there..." The fix here is simple: go back over your emails and delete any superfluous "just" (i.e. "I'm emailing to see if you have those reports.")

This is a no brainer. Spelling mistakes, whether they're the result of you genuinely not knowing how to spell or simply because you were being lazy and mistyped something, make you look stupid, and are clearly very bad. Fortunately, computers are equipped with a nifty little thing that checks spelling for you. Also, pay extra attention to PROPER NOUNS, for the love of LinkedIn. You don't want to spell the name of a HR person or a company you're seeking employment from wrong in an email. As someone who has had to trawl through emails to employ people in the past, trust that I never replied to anyone who spelled my name wrong ("Cat" or "Kate"? Next!), regardless of how good their resume was, probably because I never bothered to read past the misspell in the first line of their email.

3. Use as few words as possible

Just be concise. No one wants your life story in an email. Everyone appreciates being able to get through their emails as quickly as possible. Make one sentence statements about what you're looking for. For instance:

I'm emailing to see if you have those reports.

Please send them through at your earliest convenience.

We also need to schedule a meeting. How is Tuesday at 4pm for you?

Too often, people will extrapolate what could be said in four lines into four meaty paragraphs. There's no need for lengthy prose in email. People are busy, and need to digest information quickly. This is why we don't call each other at work any more: No one has ten minutes to spend in conversation over something that only takes one sentence of text to convey. Likewise, no one has ten minutes to spend deciphering convoluted, unclear emails.

4. Start a new paragraph for each new point

Each new task point should be a new paragraph. As above, each paragraph should be no more than two short sentences. If something requires long passages of explanation, that's probably a good indication that it needs a vocal conversation rather than an email. I can't stress enough: With the volume of emails sent and received in the average person's day, the briefer and clearer you can be, the better.

5. Use the rich text formatting option

If you have a link, don't just copy and past the URL into your email. LINK YOUR TEXT. It's neater, looks nicer, and shows that you know what you're doing, as opposed to looking like some hack who copies and pastes URLs into emails. Don't be that person. It's 2015. Use the rich text formatting option in your email to make your formatting look good. Italicize titles. Underline addresses. Don't go overboard (no fancy colors or crazy fonts, dear god), but definitely use the tools at your disposal to make your email appear both user friendly and the work of a person with above par emailing skills (and by default, intelligence).

Go to your settings and make an email signature. It should include your name, and depending on your profession, a contact phone number, link to your Twitter, and/or a few links to sites of relevance to you and whatever your job is. If you do something visual, have a logo, or the logo associated to your job. For instance, my signature says:

Bustle | [and a few other sites I write for, separated with these | and all linked]

This is simple, and you're probably offended by how obvious it is, BUT I WOULDN'T HAVE TO SAY IT IF MORE OF YOU WOULD DO IT. It's simple: before you send anything out, read it again. If it's an especially important email, like a job application, see if one of your friends or family members will give it a once-over for you too. If you can't do that, save the email as a draft, and walk away from it for ten minutes. You'll be surprised at the clarity you'll have after giving yourself a break from whatever you're writing and coming back to it with fresh eyes. Remember: when it comes to important and work-related emails, it's not always a race to get it out as fast as you can, but rather, an exercise in precision.

No matter who you're emailing or what it's about, be nice. Even when you're complaining about a service you've received, it will always work in your favor to start with something like "I am a loyal customer and big fan of your brand. Lately, I have been disappointed because..." Aggression can come off exceptionally aggressive in email, because you don't have the benefit of your negative words being tempered by a gentle voice or sympathetic facial expressions. Remember that people aren't reading what you're writing in the tone you intended, but in the tone they set in their head, which is almost always going to be far more dramatic than you could've anticipated. If you're reprimanding someone at work, be sure to also mention their good qualities. If you're sending a tough email to a friend, remind them that you love them before getting into the nitty-gritty. Don't make apologies—but do include positive statements with negative ones to promote diplomacy. And do your best to never start conversations off on the wrong foot.

9. For the love of God, do not use emoji in professional emails

Unless you're emailing your boyfriend or your mom, DO NOT USE EMOJI. Whether it's a fancy iPhone emoji or a makeshift colon and bracket smiley face, nothing makes you look less professional than including emojis in your email. If you feel the urge to emoji in a professional email, Gchat the following to your best friend a thousand times to get it out of your system: ~@~ (Please do it. You won't be sorry.)