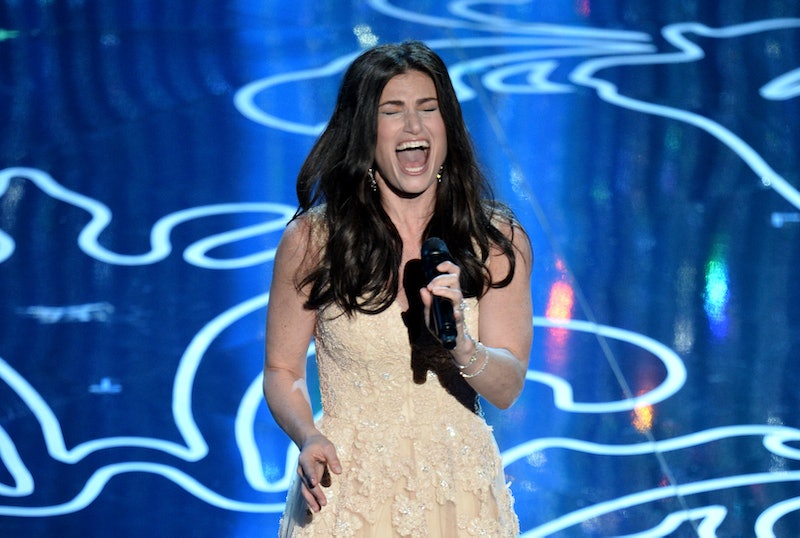 When Idina Menzel flubbed "Let It Go" on New Year's Eve, the internet exploded with harsh reactions. The singer didn't hit the high note of the iconic Frozen song during her performance, but finished the song confidently, holding out the line, "let the storm rage on" before singing, "The cold never bothered me anyway." After being criticized for "messing up the song," Menzel responded on Twitter with the equivalent of Elsa slamming the door behind her in the movie, basically telling the internet to let it go already.

Instead of directly addressing the performance, she just posted a quote that she said last year, which directly ties to the issue at hand:

"There are about 3 million notes in a two-and-a-half-hour musical; being a perfectionist, it took me a long time to realize that if I'm hitting 75 percent of them, I'm succeeding. Performing isn't only about the acrobatics and the high notes: It's staying in the moment, connecting with the audience in an authentic way, and making yourself real to them through the music. I am more than the notes I hit, and that's how I try to approach my life. You can't get it all right all the time, but you can try your best. If you've done that, all that's left is to accept your shortcomings and have the courage to try to overcome them."

Basically, Menzel shook off the haters in the best way possible. Nobody's perfect, but she comes pretty damn close.