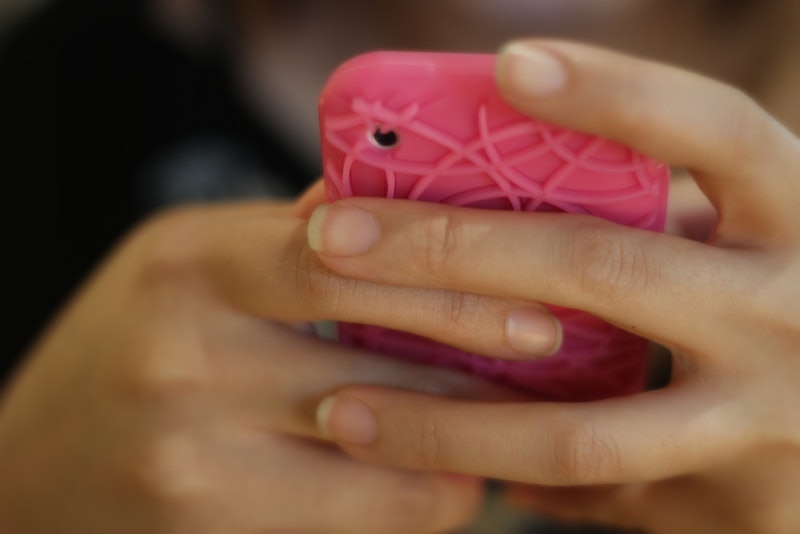 There are an awful lot of smartphone apps out there geared towards preventing drunk dials and text message exchanges you’ll probably come to regret in the cold and sober light of day — but what would you do if I told you there’s an app that will actually delete your regrettable texts after the fact? Because that’s what Strings does: It “untexts” anything you wake up realizing you reeeeeeeeally wish you hadn’t sent. And it doesn’t just delete those messages from your own phone; it nukes them on any and all phones you sent it to, allowing your digital mistakes literally to vanish without a trace. Snazzy, no?

Strings follows a similar philosophy to the one behind Wiper, with the added bonus being that Strings deals specifically with photos and videos in addition to texts. As TechCrunch put it, this newer offering seemingly marries the best parts of apps like Cluster, which allows you to share photos with friends, and Snapchat and Cyber Dust, which (in theory, at least) ensure that messages self-destruct after a certain amount of time. It gets its name from its tagline — “You pull all the strings” — and purports to give you complete control over your messaging interactions: According to its iTunes App Store description, you can use it to start conversations with specific friends; add or remove people from the conversation at any time; control whether others can download or share your photos or videos; and decide if and when content is deleted. So far it’s only available for iPhone devices; I’d be surprised if an Android port wasn’t in the works, though, because why shut out half your market if you don’t have to?

But if you think the whole thing sounds too good to be true, you’d be partially right: Strings can only work its magical vanishing act if everyone involved in the message thread has the app installed. This both makes sense and is kind of comforting; if we ever reach a point where anyone and everyone can quickly and easily delete information from the devices of every single person on the planet… well, that’s how I’ll know that we’ve finally descended into the sci fi dystopia of my nightmares. It also means, though, that the app’s usefulness is directly proportional to how many people you know have it — so if you’re not able to convince all your buddies to start texting you only through Strings? You’re going to be out of luck.

Maybe I’m a little behind the times, but I’ve never felt the need to have more than one texting app; it seems like a hassle to have a zillion different messaging programs on my phone, with all of my conversations being divided up between them. As such, I probably won’t end up using Strings much myself — but it’s free, so if shiny new messaging apps with neat and potentially useful gimmicks are your thing, hie thee to the iTunes App Store to get it. At least we can finally add “untext” to our cultural lexicon, right?