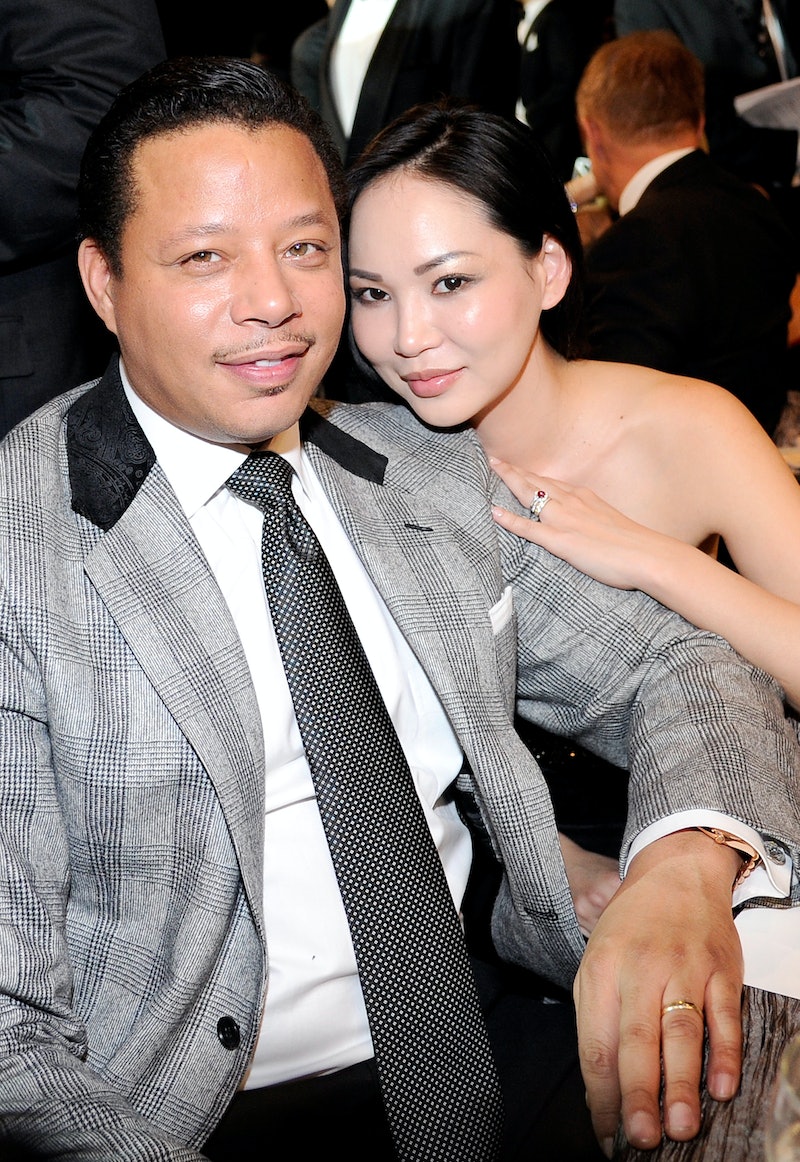 2015 will definitely be a year of celebration for Terrence Howard. The Academy Award-nominated actor not only has a new series, Empire , airing this January on Fox (which looks awesome by the way), his wife is also pregnant! Howard is expecting his first child with his third wife Miranda whom he married in 2013. While the news itself is joyous, the reveal of the pregnancy was heightened the adorable factor and was slightly Beyonce-esque. After Howard finished rapping during a New Year's Eve performance at AnQi (a popular restaurant and event venue in Orange County), the actor was joined onstage by the restaurant's owner Elizabeth An who revealed the pregnancy as Miranda Howard made her way up to the stage and her husband rubbed her belly in front of the cheering audience.

The Howard's pregnancy marks another in a long line of celebrity children that will be born in 2015 from such high-profile children as Blake Lively and Ryan Reynolds, Prince William and Kate Middleton, and Isla Fisher and Sacha Baron Cohen. This marks Howard's fourth child, after three children from his first marriage to Lori McCommas. Hopefully Howard's real life with his kids will be much more uneventful and peaceful than his TV life as his new series is all about a man who must groom one of his children to be the successor of his ridiculously successful music empire, resulting in tension for the family. We hope for happiness in the couple's pregnancy and entertainment in Howard's new show!