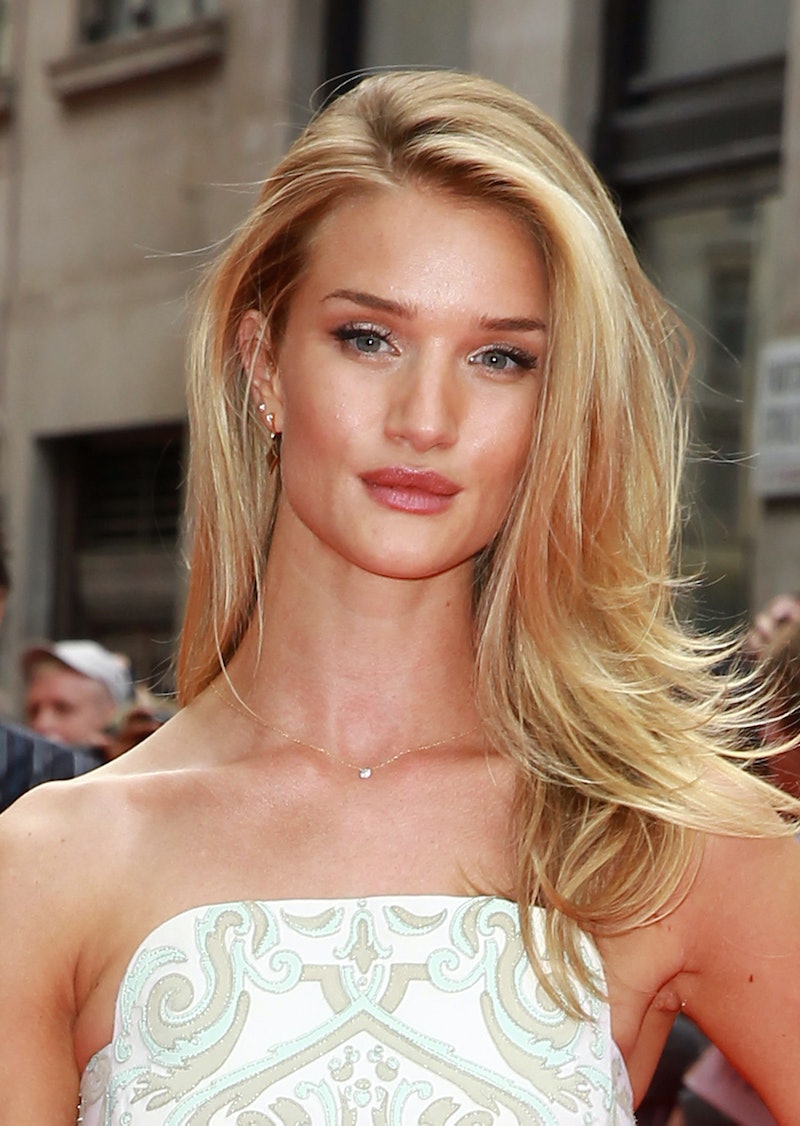 Model, actress, designer, fragrance curator? Rosie Huntington-Whiteley is launching her first fragrance, so clearly, this is a woman who can wear many hats. (Both literally and figuratively, actually).

Even though the British model was the face of Burberry Body perfume, her soon to be released fragrance marks the 27-year-old's first personal foray into the beauty world. Whiteley announced her new fragrance, called "Rosie For Autograph," on her Instagram, along with the first image from her campaign. The perfume will be available for purchase starting on January 29th, exclusively at Marks & Spencer, a retailer she has also been collaborating with on her own line of lingerie since 2012. And the line was so successful, in fact, that it became the British retailers' fastest ever selling underwear line. Not too shabby for a first design attempt — though if anyone can market and sell underwear, it's obviously Rosie.

Given the success of Whiteley's lingerie, I'm sure her fragrance will be just as well received, and hopefully it's only the beginning of her creative collaborations in beauty. Maybe a makeup line next, perhaps? Just don't forget about what you do best, Rosie. We still want to see you smolder in front of the camera.

More like this
Pat McGrath’s New Highlighter Duo Will Give You A Galactic Glow
By Tomi Otekunrin
The Friends Of Glossier Summer Sale Is Back
By Tomi Otekunrin
Charlotte Tilbury Just Launched A Royal Collection To Mark The Queen’s Platinum Jubilee
By Tomi Otekunrin
What To Know About Brow Microshading Vs. Microblading
By Danielle Sinay
Get Even More From Bustle — Sign Up For The Newsletter