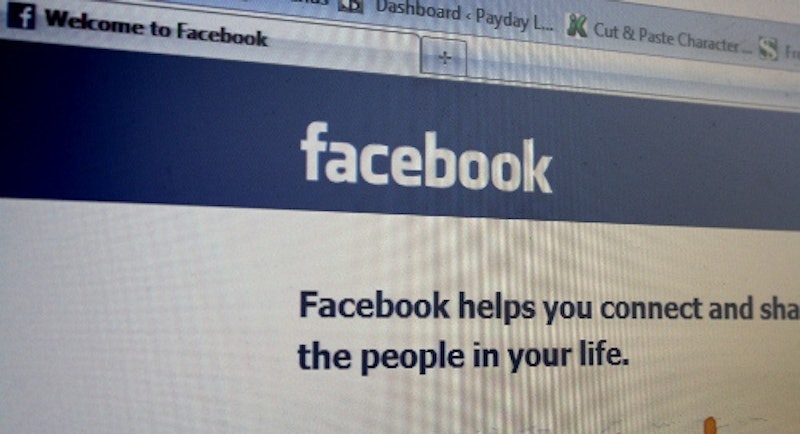 California has officially become the fairy godmother of states: Governor Jerry Brown signed a new law Tuesday that will require internet providers to pull down any content a minor requests they take down.

This magical wave of the wand (not effective until 2015) is wonderful news for teens who are really regretting the dumb Facebook statuses they posted about the raging party tonight and all the booze that's definitely (not) going to be there. Because, you know, college admissions and police and all.

The bill also bans companies from marketing products to minors that they can't legally purchase (guns, booze, cigarettes, etc.) if they could know a minor is logged in to an app or website the ad could appear on. They're also barred from giving information about the minors to the companies that produce said products.

But as everyone and especially their mothers know, once it's up on the internet, it's there forever. The law gets content off of the visible internet, but loopholes mean it doesn't have to be totally wiped from servers. Photos and content posted by friends also can't be taken down at the request of others, so teens should still watch the cameras if they plan on making increasingly poor decisions at post-game parties. And if last Saturday's kegstand is super-epic and goes viral after the bro-in-training Vined it, he can't remove any copies posted to YouTube — or anywhere else.

Still, this "eraser law" is the next step for a state that's setting precedents for helping Internet users claim some sovereignty of the sometimes scarily out-of-control web. California already has legislation helping victims of domestic violence pull information from the web, as well as banning employers and universities demanding Facebook log-in information from individuals.

Google, the content-caching behemoth, appears to be behind the eraser law insofar as it can help people who have made mistakes "turn over a new leaf" — something Google chairperson Eric Schmidt championed in a May appearance at NYU, saying that the web made a new start "nearly impossible" thanks to its record-keeping function.

Others say the law isn't a productive solution at all. After all, it's pretty easy to delete posts on Facebook and Twitter — two extremely popular social media sites for teens. There's also the (extreme-ish) view that the restrictions will discourage companies from creating content for minors, or even ban them entirely from their websites.

"There's going to be a barrier to new and innovative services that want to target an audience of minors," said Emma Llansó, an attorney with the Center for Democracy and Technology.